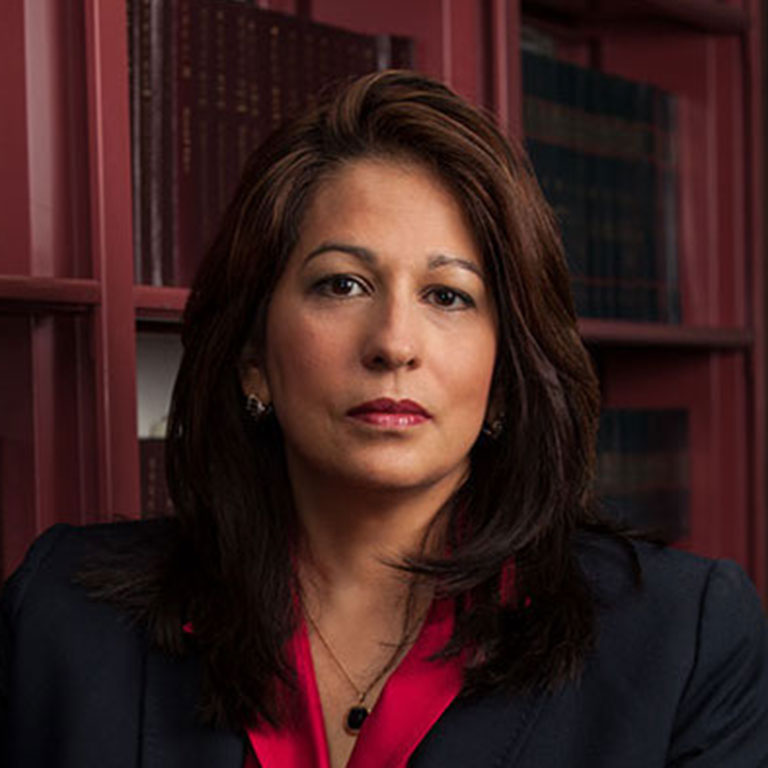 General Counsel and Dean of Faculty

In addition to her legal expertise and leadership on civil rights issues, Carol Robles-Román has deep knowledge about city affairs and CUNY governance, having served for 12 years as NYC's Deputy Mayor for Legal Affairs and for 14 years as a CUNY Trustee.

Carol Robles-Román brings an exceptional breadth of experience in legal and judicial matters, government operations, higher education governance, and civil rights enforcement to her position as General Counsel and Dean of Faculty at Hunter College.

Most recently, Robles-Román served as Co-President and CEO of the ERA Coalition/Fund for Women’s Equality, where she led legal and advocacy efforts to advance constitutional equality.

From 2002 to 2013, Robles-Román served as New York City Deputy Mayor for Legal Affairs and Counsel to Mayor Michael Bloomberg. In that role, she oversaw 13 agencies and managed critical compliance matters, including issues involving the City’s Commission on Human Rights, Conflicts of Interest Board, Office of Administrative Trials & Hearings, and Environmental Control Board. She was also the Public Records Appeals Officer for City Hall. She previously served as New York State Assistant Attorney General in the Civil Rights Bureau, as well as Special Inspector General for Bias Matters and Special Counsel for the New York State Unified Court System.

Robles-Román was a CUNY Trustee from 2002 to 2016, where she chaired the Committee on Student Affairs and Special Programs and served on the Executive and Fiscal Affairs Committees, along with the Committee on Faculty, Staff and Administration.

As Hunter’s in-house legal counsel, Robles-Román oversees the College’s Office of Legal Affairs and Department of Human Resources. She advises the President and College and Campus Schools’ administrators and faculty on a broad array of issues, including litigation, employment and labor laws and policies, governance, contracts, and real estate and regulatory matters, as well as interpretation of University-wide bylaws, regulations, and policies. She manages the College’s staff labor relations with the Professional Staff Congress and serves as the liaison with the Office of the Vice Chancellor for Labor Relations. She also serves as the College’s Chief Ethics Officer and Public Records Access Officer.

She holds a BA from Fordham University and a JD from the New York University School of Law.