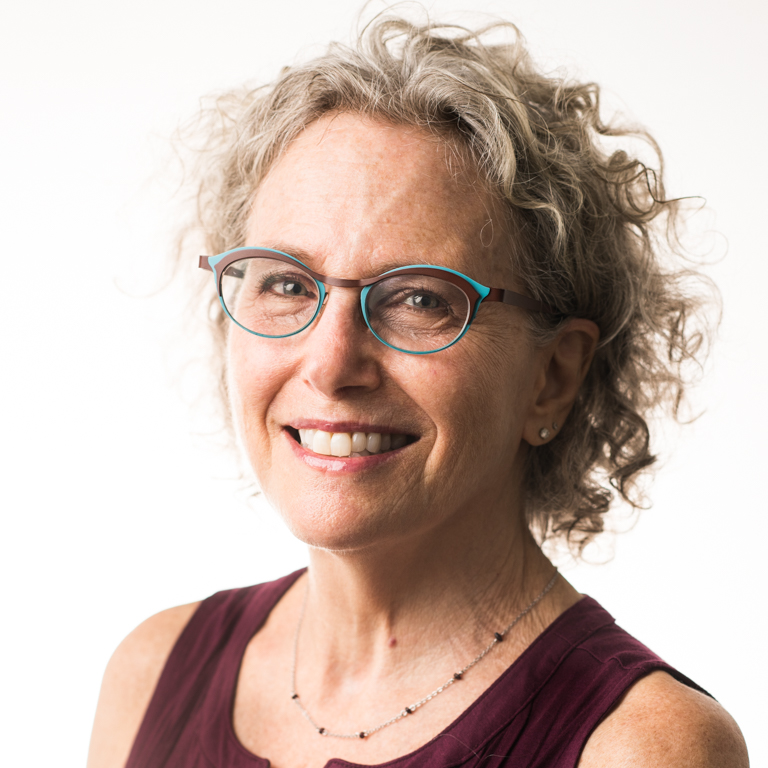 Nancy Greenbaum is a professor in the Department of Chemistry. Her research focus is structural biology of RNA.

The major research focus of our laboratory is to answer questions about how catalytically active RNA molecules, or ribozymes, fold and interact with other RNA, metal ions, and proteins in order to adopt their catalytically active structures. We focus on two biologically important reactions: 1) the splicing of precursor messenger (pre-m)RNA transcripts; this process, by which noncoding sequences of pre-mRNA molecules, or introns, are excised, and flanking coding regions, or exons, are ligated together, is an essential step in preparation of mRNA transcripts prior to translation of their message into protein sequences; and 2) cleavage and rejoining of the circular RNA genome of certain plant viruses by the hairpin ribozyme included with the RNA sequence; this ribozyme is critical in catalyzing required steps in replication of the RNA genome.

Pre-mRNA splicing in eukaryotic (compartmentalized) cells is performed within the nucleus by a dynamic supramolecular assembly called the spliceosome, which comprises five recyclable small nuclear (sn)RNA molecules and a large number (>150) of associated proteins. By comparison, the same splicing chemistry is carried out in a number of prokaryotic organisms and organelles of eukaryotic organisms by a simpler system, called a Group II intron, in which part of the RNA intron itself folds into a six-domain structure to excise itself without the need for proteins. Resemblance between certain RNA sequences within the snRNAs and functionally analogous Group II introns originally fueled speculation of a shared evolutionary ancestry and the likelihood that the spliceosomal reaction is also catalyzed by its RNA components, a hypothesis verified by subsequent structural analysis by more recent structural studies. However, unlike Group II introns, the snRNAs require assistance by spliceosomal proteins to adopt a catalytically active structure. Using a combination of biochemistry, biophysical, and spectroscopy (solution NMR and fluorescence) techniques, we are pursuing several lines of investigation to analyze the role of the snRNA and protein components in folding to form the catalytically active fold and therefore to contribute to our overall understanding of the structural biology of pre-mRNA splicing in the two systems.

Activity of the hairpin ribozyme depends upon folding of a four-helix RNA structure to create the active site involving sequence components from loops within two adjacent stems.  However, evidence suggests that interactions between distal structural elements (outside the catalytic site) and the central junction contribute to efficiency of catalysis.  We are investigating the role of these additional elements in affinity between the two stems and in the rate of catalysis to strengthen our understanding of the contributions of these distal interactions in favoring catalytic activity.