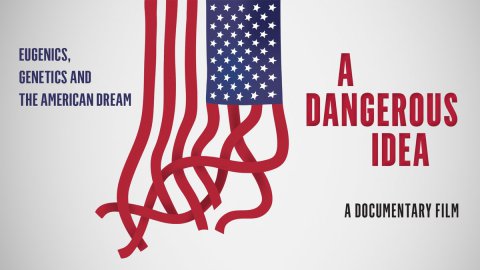 The film explores how eugenics—the belief that some groups and individuals are inherently superior to others and more deserving of fundamental rights—has threatened the American Dream from the beginning. A Dangerous Idea reveals the ways in which biologically determined politics has disenfranchised women and people of color, provided a rationale for state-sanctioned crimes against America’s most vulnerable citizens, and now may gain new traction in the current political climate.

Featuring interviews with social thinkers such as Van Jones and Robert Reich, as well as prominent scientists, A Dangerous Idea reassesses the meaning, use and misuse of gene science. It brings to light how false scientific claims have rolled back long fought for gains in equality, and the ways in which powerful interests are poised once again to use the gene myth.