[Re]Thinking Jewish Heritage: Opportunities and Limits Amidst Openings and Closings

Holocaust narratives dominate contemporary Jewish heritage tourism, but an exciting New Jewish History offers a new paradigm in which the Jewish Street, and notably the Bund, is at the center of the making of Modern Jewish identity. Illustrated with slides, the lecture illustrates the possibilities, challenges, disappointments and surprises that frame the robust and changing terrain of Jewish Heritage today in cities such as Kiev, Krakow, Berlin, Warsaw, Lviv, Lodz, Bucharest and Belgrade to London and New York and two shtetlekh in eight countries. 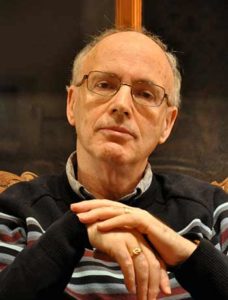 Daniel J Walkowitz is a social and cultural historian who in nearly a dozen books, two dozen articles and four films for public television has worked to bring America’s past to both academic and broad public audiences. He is an Emeritus Professor of Social and Cultural Analysis and Emeritus Professor of History at New York University. His more recent books are Working With Class: Social Workers and the Politics of Middle-Class Identity (North Carolina, 1999), Contested Histories in Public Space: Memory, Race, and Nation (Duke, 2009), City Folk: English Country Dance and the Politics of the Folk in Modern America, (NYU Press). His most recent book is The Remembered and Forgotten Jewish World: Jewish Heritage in Europe and the United States (Rutgers).

Join us for lunch!
RSVP by February 19th to receive a lunch. Please specify the event, date and if you require a kosher option.