The Inaugural McNickle Lecture on Integrity in Government 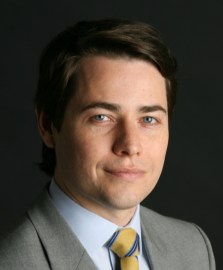 Please join us at Roosevelt House as we proudly present the inaugural McNickle Lecture on Integrity in Government, featuring Nicholas Confessore, political and investigative reporter at The New York Times and a writer-at-large for the Times Magazine, covering the intersection of wealth, power, and influence in Washington and beyond.

Drawing on his recent landmark report on data integrity, regulators, and referenda in Silicon Valley, Mr. Confessore will speak on Zuckerberg’s Dream, America’s Nightmare? The Future of Policy and Politics in a Privatized Public Square.  Mr. Confessore’s other recent work for the Times has focused on super PACs and campaign finance issues in the 2012 and 2016 presidential campaigns.  He was part of a team of reporters whose coverage of the downfall of New York Governor Eliot Spitzer won the 2009 Pulitzer Prize for breaking news reporting.

Before joining the paper in 2004, Mr. Confessore was an editor at The Washington Monthly.  We hope you will be able to participate in this timely discussion.

Chris McNickle, a lifelong New Yorker, earned a Ph.D. in U.S. history from the University of Chicago and a B.A. in economics and international relations from the University of Pennsylvania. He has been a senior executive in global investment firms, and has served as Treasurer of the American Historical Association. He is the author of Bloomberg: A Billionaire’s Ambition (2017), The Power of the Mayor: David Dinkins 1990-1993 (2013), and To Be Mayor of New York: Ethnic Politics in the City (1993).