The School of Survival: Learning with Juan Downey 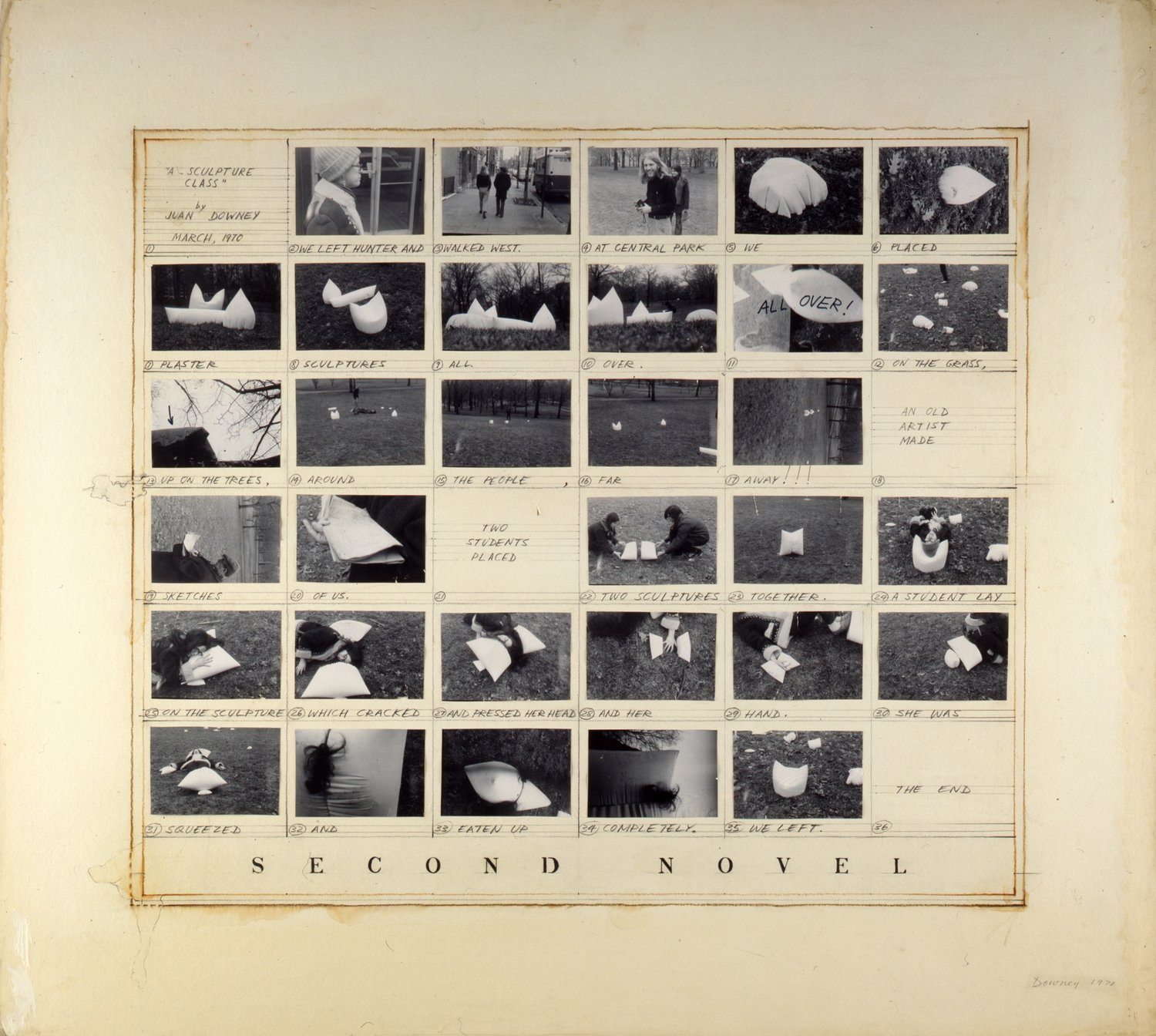 The School of Survival: Learning with Juan Downey foregrounds the relationship between Downey's artistic and pedagogical practices as illustrated in his works from the series Life Cycles and Mi Casa en la Playa, produced in the early to mid 1970s while Downye was teaching at Hunter College and Pratt institute. These works address Downey's concerns and theories around architecture, ecology, cybernetics, and feedback. Downey sought to redefine architecture as the weilding of invisible forces--physical, social, and psychic. In his assignments, he likewise challenged his students to reconsider their potential as producers of social change through the transformation of space.

During the late 1960's and early 1970s, Downey (b. Chile, 1940, d. New York, 1993), like many of his peers, became interested in the expanded field of art and architecture, including the dematerialization of the object and the turn towards investigations of invisible energies. He believed that these ideas, coupled with new technologies, could offer the potential for a sustainable future. The works included in The School of Survival can be read as blueprints or instructions for enacting radical architectural and ecological possibilities: the production of clean soil (My Balcony: Chilean Nitrate of Soda Potash, 1971); the development of self-sustaining ecosystems (A Clean New Race, 1970 and Mi casa en la playa, 1975); interspecies communication (A Vegetal System of Communication for New York State, 1972); and feedback as a tool for productivity and labor (Life Cycle: Soil + Water + Air = Flowers + Bees = Honey, 1972). Created in a historical moment of economic decline, the civil rights movement, the Vietnam War, the energy crisis, and environmental degradation, these works are a call to action that continue to resonate with a sense of immediacy.

Presented alongside these works is ephemera from Downey’s time at Hunter and Pratt, including course assignments, peer faculty reviews, and video documentation of class exercises and performances. This archival material further shows that Downey was driven by the ambition to push art and architecture beyond their historical fixation on the visible and tangible. He urged his students to rethink the possibilities of these practices and to envision how they could become vehicles for societal change. Read in the context of this pedagogical philosophy, Downey’s artwork reveals itself as similarly instructive: he recasts the role of the artist from a maker of objects to a designer of futures.