Scientific Reports, an internationally recognized open access journal, has just published an important new study by Hunter post-doctoral research fellow Samuel Urlacher. Funded by the National Science Foundation, Dr. Urlacher is a biological anthropologist whose research seeks to understand variation in human health, physiology, and behavior through the lens of evolutionary theory. His recent study, “Evidence for energetic tradeoffs between physical activity and childhood growth across the nutritional transition,” suggests that physical activity can considerably impact child growth and the deposition of body fat. The study also indicates that in economically developing societies, the behavioral shifts that come with increased technology and lifestyle change likely contribute to larger body size and increased obesity rates.

Humans, like all organisms, spend energy (i.e., calories) on a number of critical life tasks, including physical activity. Children must also spend calories in order to grow. When a child’s energy supply is limited, metabolic competition for calories can lead to tradeoffs between growth and physical activity; if children are more active, growth should be reduced. While this is logical, there is a dearth of actual documentation for this phenomenon in the scientific literature. As communities in the developing world change their patterns of behavior, it is particularly unclear how these changes are related to increasing body size and body fat. 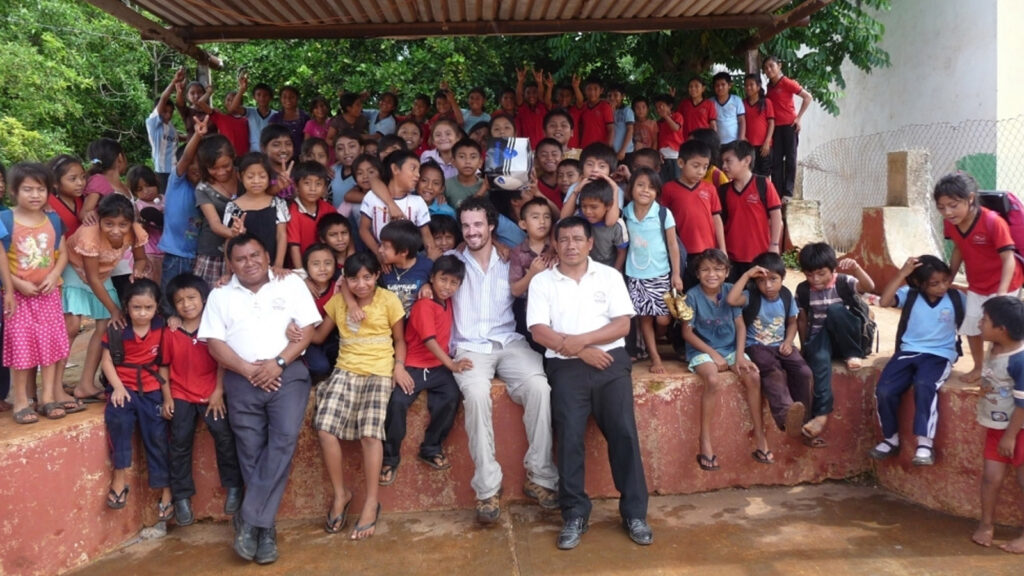 Taking advantage of a rare dataset spanning twenty years of early economic development in a Maya farming community in Mexico, Dr. Urlacher and his co-author, Dr. Karen Kramer of the University of Utah, analyzed the amount of time that children engaged in nearly 200 different behaviors and used this information to estimate physical activity levels. They show, for perhaps the first time, that children who spend a greater proportion of their overall energy budget on physical activity are significantly shorter, lighter, and have lower levels of body fat than their less active peers. Moreover, they demonstrate that dramatic differences in child body size between 1992 and 2012 (children in 2012 were on average approximately 7 cm taller and 3 kg heavier) are almost completely explained by a reduction in physical activity levels. This change in physical activity was driven predominantly by less time spent in work and play and more time spent in sedentary activities such as watching television. “This finding has implications for understanding the factors causing the global rise in obesity,” said Dr. Urlacher. “More research is needed, but our results suggest that ongoing changes in early life physical activity, in addition to changes in diet, may play a critical role promoting poor metabolic health in the developing world.”

Dr. Urlacher collected the data for the 2012 phase of the study while living alone in the Maya study community for a two-month period. He continues his work with the Maya, as well as with other small-scale indigenous groups in Ecuador and Papua New Guinea.

Cody Keenan - Grace: President Obama and Ten Days in the Battle for America

“At a time when the meaning of America is up for grabs, Cody Keenan’s new book chronicles 10 days that tested us and ultimately showed us at our ...