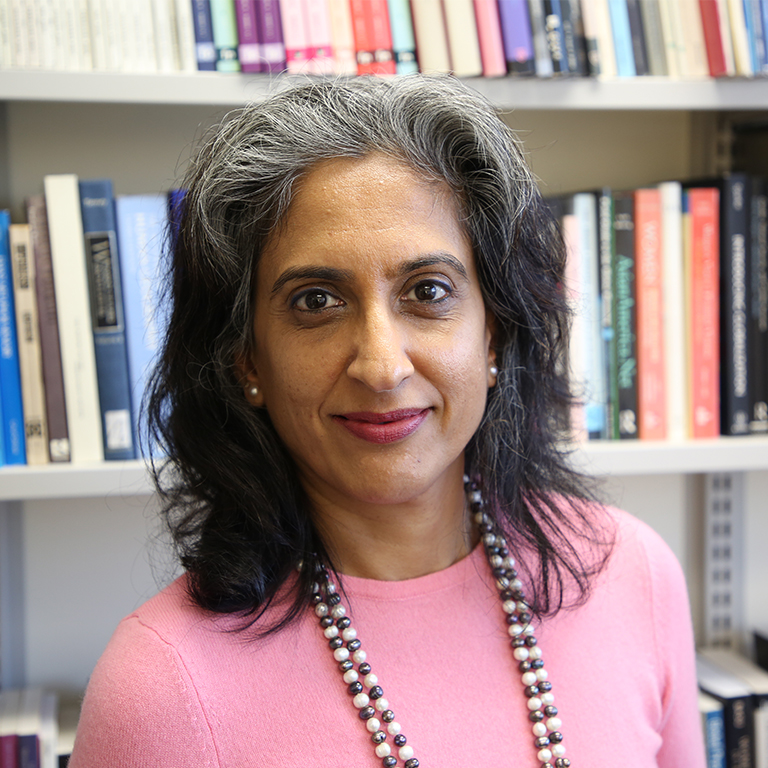 Rupal Oza is the interim chair of Women and Gender Studies at Hunter College, and serves a professor and adviser in the department.

Rupal Oza is a professor, adviser and the interim chair in the department of Women and Gender Studies, Hunter College, and the Earth and Environmental Studies Program at the CUNY Graduate Center. Her work focuses on socio-political transformations in the global south, the geography of the right-wing politics, and the conjuncture between gender, violence and political economy.

Ms. Oza’s first book, The Making of Neoliberal India: Nationalism, Gender, and the Paradoxes of Globalization was published in 2006 by Routledge, New York, and by Women Unlimited, India. She was part of the Hunter Women’s Studies Collective who wrote the fourth edition of Women’s Realities, Women’s Choices (2014, OUP). She has several articles in peer reviewed journals on a range of issues: human rights in an age of terror and empire, rethinking area studies, special economic zones in India and realigned geographies after 9/11.

Ms. Oza’s most recent articles are based on three years of empirical research in rural Haryana. She is completing a book entitled Semiotics of Rape: Sexual Violation & Subjectivity in Rural India.