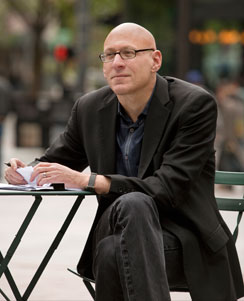 Join us for the Distinguished Writers Series with David Shields

David Shields has published twenty books, including Reality Hunger, which was named one of the best books of 2010 by more than thirty publications, and is known as an international best seller. He is also the recipient of Guggenheim and NEA fellowships and has published essays and stories in numerous publications, including the New York Times Magazine, Harper’s Esquire, Yale Review, and Slate.