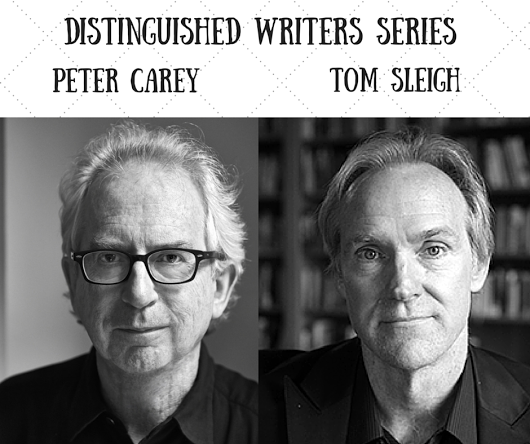 Two Hunter senior faculty members share the podium to discuss their distinguished careers in the literary arts. Peter Carey, Executive Director of the MFA in Creative Writing program, and Tom Sleigh, the MFA program’s program director and senior poet, both have demonstrated superb achievement as writers and teachers. Professor Carey, a two time Brooker Prize-winner, has received international acclaim for his work. His most recent novel, A Long Way Home, received a February U.S. release after receiving rave reviews upon its UK publication. Professor Sleigh’s extraordinary body of work includes a renowned translation of Euripides’ Herakles and numerous awards, including the John Updike Award.