Please join us on Monday, June 10, as Roosevelt House welcomes back one of America’s leading historians, Douglas Brinkley, to discuss his new book, American Moonshot: John F. Kennedy and the Great Space Race, the award-winning, best-selling author’s latest exploration of the nexus between presidential leadership and national innovation.  The legendary Stephen Ambrose, with whom he edited several books, called Brinkley “the best of the new generation of American historians.” And the Chicago Tribune has hailed him as “America’s new past master.”  His brand-new book—marking the 50th anniversary of America’s moon landing—traces the space race inspired by and launched under President Kennedy in the early 1960s.

Brinkley is the official presidential historian at the New-York Historical Society, the CNN presidential historian, and the Katherine Tsanoff Chair in Humanities and Professor of History at Rice University.  He is the author or editor of many books, including: FDR and the Creation of the U. N. (1997), The Unfinished Presidency: Jimmy Carter’s Journey Beyond the White House (1999), Wheels in the World: Henry Ford, His Company and a Century of Progress (2003); Tour of Duty: John Kerry and the Vietnam War (2004), The Great Deluge: Hurricane Katrina, New Orleans, and the Mississippi Gulf Coast (2006); The Wilderness Warrior: Theodore Roosevelt and the Crusade for America (2009); the acclaimed biography Cronkite (2012); andRightful Heritage: Franklin D. Roosevelt and the Land of America (2016), about which Brinkley presented three years ago here at Roosevelt House.

His many awards include The Ann M. Sperber Prize from Fordham University, the Theodore and Franklin Roosevelt Naval History Prize, the Fish & Wildlife Service Heritage Award, and the National Outdoor Book Award—along with a 2017 Grammy for co-producing a jazz ensemble album entitled Presidential Suite: Eight Variations on Freedom. Please reserve early for what will surely be a popular and enlightening evening.

Roosevelt House is grateful to History Channel for co-sponsoring tonight’s lecture and reception. 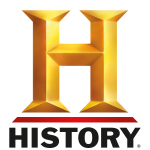