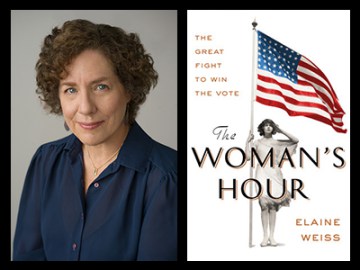 Elaine F. Weiss discusses her new book, The Woman’s Hour: The Great Fight to Win the Vote, about the ratification of the 19th Amendment in 1919-1920. By August 1920, 35 states had ratified the 19th Amendment; 12 had rejected it or refused to vote, and one final state was needed for ratification. Suffragists’ seven-decade effort came down to Tennessee. Weiss tells the dramatic story of the remarkable women on both sides of the Tennessee debate, including racists who did not want black women voting and the “Antis,” those women who opposed their own enfranchisement, fearing suffrage would bring about the moral collapse of the nation.