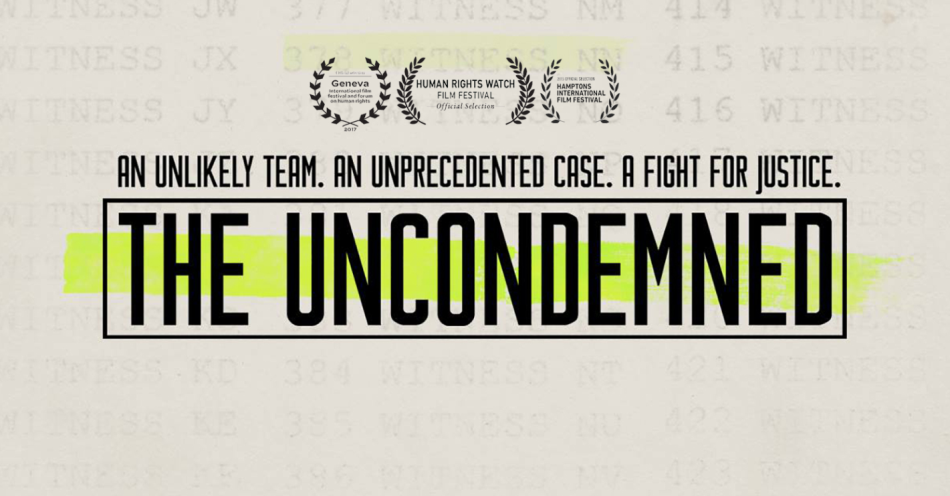 A 2015 documentary co-directed by Nick Louvel and Michele Mitchell

A courtroom thriller and personal human drama, "The Uncondemned" beautifully interweaves the stories of the characters in this odyssey, leading to the trial at an international criminal court--and the results that changed the world of criminal justice forever. This is the against-the-odds story of their fight for the first conviction—and of the women who braved witness assassinations to testify.

Following the screening, Jessica Neuwirth, Distinguished Lecturer and Director of the Human Rights Program at Roosevelt House will host a discussion with filmmaker Michele Mitchell and Justine Masika Bihamba, a Congolese activist who is fighting for justice, and who will talk about the impact of the film in the neighboring Democratic Republic of Congo. We hope you will join us for this important film and conversation.