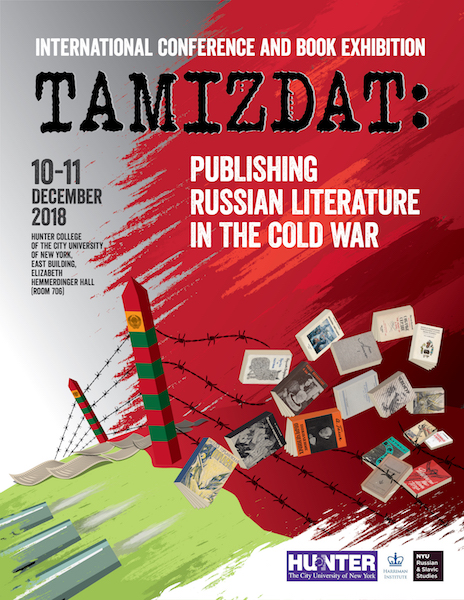 Contraband manuscripts from the Soviet Union, published abroad with or without their authors’ knowledge or consent, served as a powerful weapon on the literary fronts of the Cold War. Comprised of texts rejected or never submitted for publication at home but smuggled through various channels and printed elsewhere, tamizdat contributed to the formation of the twentieth-century Russian literary canon. Suffice it to say that the majority of representative works of this canon (with a few important exceptions, such as Solzhenitsyn’s One Day in the Life of Ivan Denisovich) were first published abroad long before they first saw the light of day in Russia, already after Perestroika. Mediating the relationships of many authors in Russia with the literary establishment, on the one hand, and with the nonconformist underground, on the other, the prospect of having their works printed abroad, not to mention the consequences of such a transgression, affected these authors’ choices and ideological positions vis-à-vis both fields.

The conference seeks to define tamizdat as an integral phenomenon of post-Stalinist culture and situate it in the context of its more familiar and better researched domestic counterparts, samizdat (unofficial self-publishing) and gosizdat (state publishing). In an effort to explore the patterns of circulation of manuscripts behind the Iron Curtain and their migration through it, scholars from around the world will revisit the traditional notion of Soviet culture as a dichotomy between the official and underground fields and look at it instead as a transnationally dynamic three-dimensional model, with tamizdat at its base. The papers will explore tamizdat from a theoretical, comparative or historical perspective, or trace the itineraries of individual manuscripts and the stories of their first publications and reception abroad. Of particular interest are works by authors who were still alive at the time their writings appeared in tamizdat. While the conference focuses primarily on manuscripts written and published in Russian, it also deals with non-Russian literatures of Eastern Europe, as well as with the translation and adaptation of literary manuscripts from behind the Iron Curtain into foreign languages.