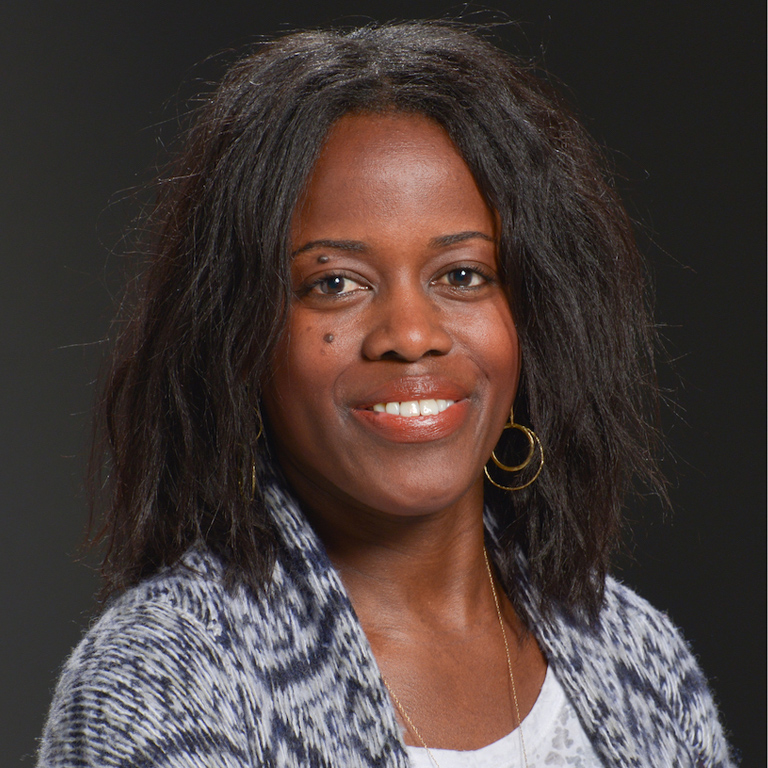 Mandë Holford is an associate professor in the Department of Chemistry whose research focuses on venom and venomous organisms as agents of change and therapeutic development.

Mandë Holford is an associate professor of chemistry at CUNY Hunter College and The CUNY Graduate Center, with scientific appointments at the American Museum of Natural History and Weill Cornell Medicine. Her joint appointments reflect her interdisciplinary research.

Dr. Holford’s research focus is chemical and biological diversity, specifically, investigating venom and venomous organisms as agents of change and innovation in evolution and for therapeutic development in pain and cancer.

She is actively involved in science education, advancing the public understanding of science and science diplomacy. She has received several awards including being named a 2020 Sustainability Pioneer and a 2015 New Champion Young Scientist by the World Economic Forum, and a California Academy of Sciences Fellow. She also received the prestigious Camille Dreyfus Teacher-Scholar Award, an NSF CAREER Award, and was honored as a Breakthrough Women in Science by the Howard Hughes Medical Institute (HHMI) and NPR’s Science Friday. She is cofounder of KillerSnails.com, an award winning EdTech company that uses gaming as a conduit to advance scientific learning in K-12 classrooms. Dr. Holford is a life member on the Council of Foreign Relations and an AAAS Science & Technology Policy Fellow.

Research in the Holford Laboratory uses a “mollusks-to-medicine” strategy to discover novel peptides from venomous marine snails that could be used to manipulate cellular physiology pertaining to pain and cancer. Research projects apply inventive tools from chemistry and biology to: (1) investigate the evolution of venom in predatory marine snails, (2) discover disulfide-rich peptides from a venom source, (3) develop high-throughput methods for characterizing structure-function peptide interactions, and (4) deliver novel peptides to their site of action for therapeutic application.

The Tererbridae auger snails are a family of globally distributed predatory marine snails that use venom to subdue their prey. The terebrid species are highly representative of a broad range of feeding strategies, more so than any other venomous marine taxa. We describe the taxonomy, phylogeny and venom diversity of terebrid snails. We produced the first molecular phylogeny of the Terebridae and used it to identify terebrid lineages that used a venom apparatus similar to cone snails to produce bioactive venom peptides (teretoxins).

Venom peptides from predatory organisms are a resource for investigating evolutionary processes such as adaptive radiation or diversification and exemplify promising targets for biomedical drug development. Characterization of cone snail venom peptides, conotoxins, has revealed a venom arsenal of bioactive peptides used to investigate physiological cellular function, predator-prey interactions and to develop novel therapeutics. However, venom diversity of other conoidean snails remains poorly understood. We apply a systems biology approach to venomics to discover new bioactive venom peptides and to study venom diversification in terebrids within an evolutionary phylogenetic context.

Venom peptides are levers that manipulate cell signaling. We are interested in finding new therapies for pain and cancer by creating high throughput methods for screening novel venom peptides. Each venomous marine snail of the family Conoidea can produce hundreds of novel peptides in their venom arsenal. From the breakthrough success of the first commercial venom snail drug ziconotide (Prialt ®) used to treat chronic pain in HIV and cancer patients, we know that these peptides can potentially be used to develop novel therapies for treating human disorders.

Peptides are promising therapeutic agents, however these natural compounds often need to be optimized to be used successfully as drug compounds. For example, ziconotide (Prialt ®) has a major drawback in that as a peptide drug, its size and complexity prevents its widespread application and a spinal tap is required to deliver it to patients. To address this issue, we are combining chemical and recombinant biology techniques to devise a method for encapsulating venom peptides from marine snails in viral capsids for delivery to their site of action. We are also developing new computational methods for optimizing the function of venom peptides to make them more selective for their molecular targets.