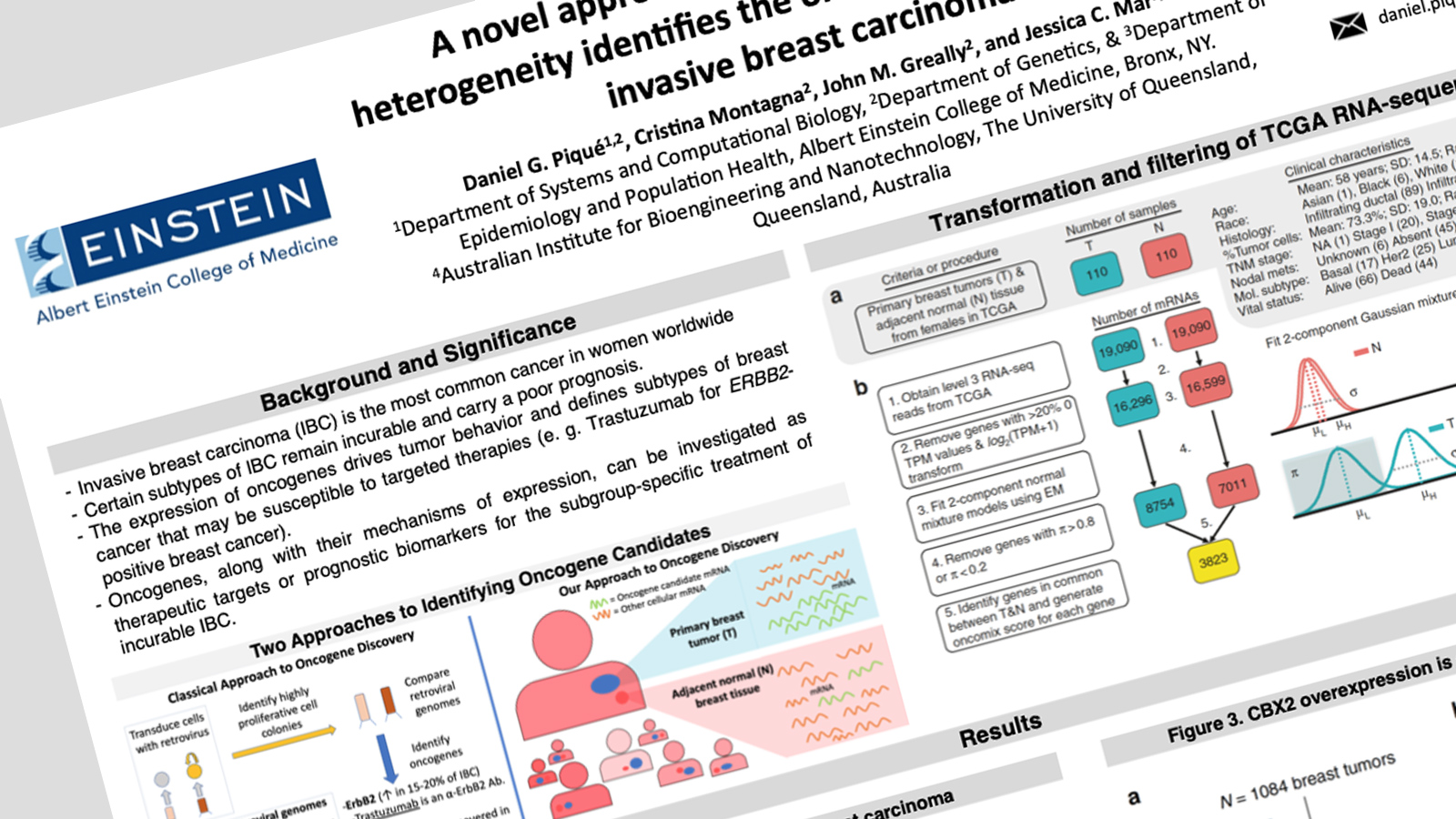 Oncogenes can serve as therapeutic targets for treating aggressive subtypes of cancers. Only several hundred oncogenes have been identified, primarily via DNA mutation-based approaches, in the human genome. Transcriptional (RNA) overexpression is a less-explored mechanism through which oncogenes can arise. Here, a new statistical approach, termed oncomix, which captures transcriptional heterogeneity in tumor and adjacent normal (i.e., tumor-free) RNA expression profiles, was developed to identify oncogene candidates that were overexpressed in a subset of breast tumors. Intronic DNA methylation was strongly associated with the overexpression of chromobox 2 (CBX2), an oncogene candidate that was identified using our method but not through prior analytical approaches. CBX2 overexpression in breast tumors was associated with the upregulation of genes involved in cell cycle progression and with poorer 5-year survival. The predicted function of CBX2 was confirmed in vitro using genetic knockdown, providing the first experimental evidence that CBX2 expression promotes human breast cancer cell growth. Oncomix is a novel statistical approach that has the potential to uncover therapeutic targets that benefit subsets of cancer patients. CBX2 is an oncogene candidate that should be further explored as a biomarker and potential drug target for aggressive subtypes of breast cancer.

Email questions and comments about this abstract to daniel.pique@med.einstein.yu.edu.