President, Hunter College of The City University of New York 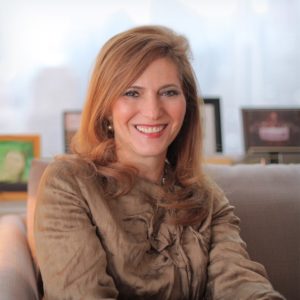 Jennifer J. Raab marked her 18th anniversary as President of Hunter College, the largest college in the City University of New York system, with 23,000 students, five schools, and an annual operating budget of more than $250 million. President Raab has led the successful transformation of Hunter College from an open-admissions institution to a selective, highly ranked college; under her leadership both graduation and retention rates have increased markedly. Since she has assumed the presidency, Hunter has significantly increased its government grants and awards and strengthened its fiscal management.

President Raab has been responsible for securing $400 million in private support for the college. She has launched a $25 million library renovation; a science research and nursing/health professions facility in partnership with Memorial Sloan Kettering Cancer Center; a floor in the new Belfer Research Building at Weill Cornell Medical College; a $131 million School of Social Work in East Harlem; a new facility in Tribeca for Hunter’s renowned art graduate program and gallery; and the $25 million restoration of the historic 1908 Roosevelt House. President Raab was a litigator at Cravath, Swaine & Moore and Paul, Weiss, after which she was appointed Chairman of the New York City Landmarks Preservation Commission, a post she held from 1994 to 2001.

President Raab served on the Board of Directors of Compuware Corporation, The After School Corporation, United Way New York, and the One To World Foundation, and was a member of the 2004-05 New York City Charter Revision Commission. She is currently a member of the Council on Foreign Relations, and serves on the Steering Committee of the Association for a Better New York and the Advisory Committee for WOMEN.NYC. Frequently honored for her leadership in education, President Raab was elected to the American Academy of Arts and Sciences in 2016. Other recognition from 2018 and 2019 includes induction into the Manhattan Jewish Hall of Fame, receipt of the Chairman’s Award from The New York Landmarks Conservancy, and selection for the Manhattan Power 100 Award from City & State New York.A graduate of Hunter College High School (whose campus she now oversees), President Raab received a BA with distinction in all subjects from Cornell University in 1977, an MPA from the Woodrow Wilson School of Public and International Affairs at Princeton in 1979, and a J.D. cum laude from Harvard Law School in 1985.

Provost and Vice President for Academic Affairs, Hunter College of The City University of New York 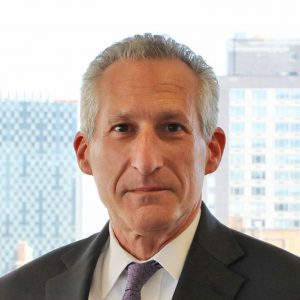 Provost and Vice President for Academic Affairs Lon S. Kaufman is an accomplished biologist, and was affiliated with the University of Illinois, Chicago (UIC) for nearly 30 years serving in a variety of administrative positions including Vice Chancellor for Academic Affairs and Provost, Vice Provost for Planning and Programs, Vice Provost for Undergraduate Affairs, Dean of the Honors College, and Head of the Department of Biological Sciences. He is deeply committed to public urban education, and his breadth of experiences as a senior administrator overseeing both the arts and sciences, coupled with a comprehensive knowledge of professional education, prepared him well for the range of responsibilities as Hunter’s Provost.

His many successes at UIC include introducing a popular general education program, improving enrollment, retention and graduation rates, and implementing innovative programs to support faculty development and streamlined tracks to tenure and promotion. Dr. Kaufman is a native New Yorker who attended Stuyvesant High School and Brooklyn College, graduated from Queens College with a BA in Biology, and earned a PhD in Cell and Developmental Biology from SUNY, Stony Brook. 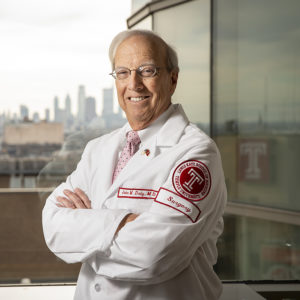 He has been listed numerous times among the “Best Doctors in New York and Philadelphia” and “318 Top Cancer Specialists for Women.” Over the course of his career, Dr. Daly has been the recipient of over $20 million in research grants, predominantly from the National Institutes of Health. He has authored more than 250 peer-reviewed publications and 100 book chapters, has edited several books, and has served on the editorial boards of dozens of medical publications.

An internationally recognized educator, Dr. Daly has mentored numerous research trainees–a number of whom have risen to become chairs of surgery departments. He has been awarded honorary fellowships in the Royal Colleges of Surgeons of both Glasgow and Ireland, and has received many other teaching awards for his dedication to both medical students and surgical residents.

Dr. Daly then moved to New York to join the faculty at Memorial Sloan Kettering Cancer Center (1980 to 1986), followed by a move to Philadelphia to become the Jonathan E Rhoads Professor of Surgery and Chief of the Division of Surgical Oncology at the University of Pennsylvania.

In 1993, Dr. Daly was recruited by Weill-Cornell Medical College in New York to serve as Stimson Professor and Chair of the Department of Surgery, concurrent with his post as Chief of Surgery at New York Hospital. Dr. Daly then returned to Philadelphia to become Dean of his medical alma mater, the School of Medicine at Temple University. He served in the role from 2002 to 2011, and upon stepping down as Dean, returned to the practice of surgical oncology as the Harry C. Donahoo Professor of Surgery and Dean Emeritus for eight years at the Fox Chase Cancer Center, specializing in the care of patients with cancers of the gastrointestinal tract and breast. During this time, he also chaired the Institutional Review Boards for Human Research at both Fox Chase and Temple University, in addition to teaching students and residents.

In 2019, Dr. Daly was appointed the Interim Dean of the Lewis Katz School of Medicine at Temple University, returning to the role he held for 9 years previously.

Also in 2019, Dr. Daly became one of 91 surgeons from seven countries to be inducted into the inaugural group of Master Surgeon Educators of the American College of Surgeons. Dr. Daly has cared for thousands of patients who have cancer. 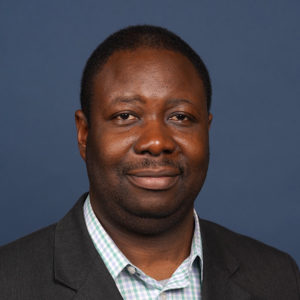 Dr. Ogunwobi is a translational cancer biologist whose work focuses on molecular mechanisms of progression of solid organ cancers with established racial disparities, such as hepatocellular carcinoma, pancreatic cancer, colon cancer, and prostate cancer. His laboratory has established novel circulating tumor cell models in hepatocellular carcinoma, and prostate cancer that are being used progressively to elucidate molecular mechanisms underlying the role of circulating tumor cells in cancer metastasis. They have also discovered that genetic alterations of oxytocin and the oxytocin receptor in some patients with pancreatic cancer and hepatocellular carcinoma significantly correlate with poor survival outcomes. And they are now investigating the molecular mechanisms of action of oxytocin/oxytocin receptor signaling in pancreatic cancer and hepatocellular carcinoma. A major focus of Dr. Ogunwobi’s laboratory are studies elucidating the role of non-coding RNAs derived from the PVT1 gene locus in the development and progression of solid organ cancers. His work has been funded by the National Institutes of Health, New York State, Carnegie Corporation of New York, and the National Science Foundation, among others.

Dr. Ogunwobi is a Contact Principal Investigator of the Synergistic Partnership for Enhancing Equity in Cancer Health (SPEECH) funded by a U54 grant (CA221704) and Co-Investigator on a R01 grant (CA239603) both from the National Cancer Institute. An author of over 50 peer-reviewed journal articles and 2 book chapters, Dr. Ogunwobi has been issued 3 United States patents for biotechnology inventions with potential clinical applications in cancer, and he is a Co-Founder of NucleoBio, Inc, a City University of New York start-up biotechnology company. 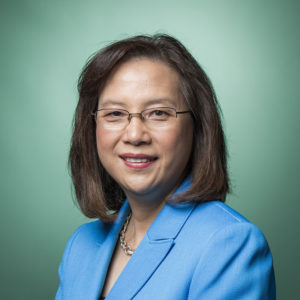 Grace X. Ma, PhD is the founding director of Temple University Center for Asian Health (CAH), established in 2000, which is one of the first in the nation dedicated to reducing cancer health disparities funded by NCI/NIH. In partnership with Asian community leaders, she co-founded the first Asian Community Cancer Coalition in the U.S. eastern Region. 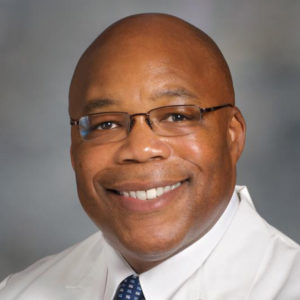 Dr Pettaway is Professor of Urology at The University of Texas MD Anderson Cancer Center in Houston Texas. His clinical practice is based on treating patients with genitourinary malignancies including penile, urethral, and prostate malignancies. The goal of his prostate related studies is to 1) further define host and molecular markers of cancer progression, and 2) to reduce disparities in prostate cancer outcome among African Americans and the underserved by studying both clinical and biologic correlates of aggressive disease.

He served as the medical director of the Prostate Outreach Project(POP) that has educated and screened over 5,000 men. He recently served as the co- director a National Cancer Institute funded U54 collaboration with the University of Puerto Rico evaluating the influence of West African Ancestry on the incidence and aggressiveness of prostate cancer among African American and Puerto Rican populations. 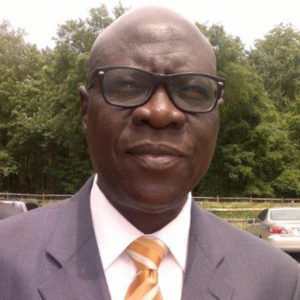 Dr. Taylor provides leadership for program evaluation of all cancer disparities related programs within the NCI’s Center to Reduce Cancer Health Disparities (CRCHD). He provides technical and scientific expertise and guidance to staff and grantees in the use of program evaluation techniques, performance measurement, community-based participatory research (CBPR), and translational research methodologies in relation to cancer prevention and control interventions in minority and medically underserved populations. He serves also as a Program Director for NCI-funded disparities research and research training programs. He manages grants, Cooperative Agreements, and contracts.

Dr. Taylor has over 30 years of experience in public health program planning, implementation, and evaluation at local/community, national, and international levels. Prior to joining CRCHD, Dr. Taylor was President and CEO of Health Information Management Associates (HIMA), Inc., as well as the Chief Epidemiologist and Director of health informatics, research and program evaluation at HIMA, Inc. He was an Associate Professor of Public Health at the Morgan State University, and Senior Epidemiologist for Minority Health at the Centers for Disease Control and Prevention (CDC).

Dr. Taylor earned a doctorate in International Health/Epidemiology from the Tulane University School of Public Health and Tropical Medicine, with a specialty in the application of epidemiological methods for planning and evaluation of public health programs; a M.Sc. in Health Education and Communications, and a B.S. in Pre-med/Biology from the University of Southern Mississippi.