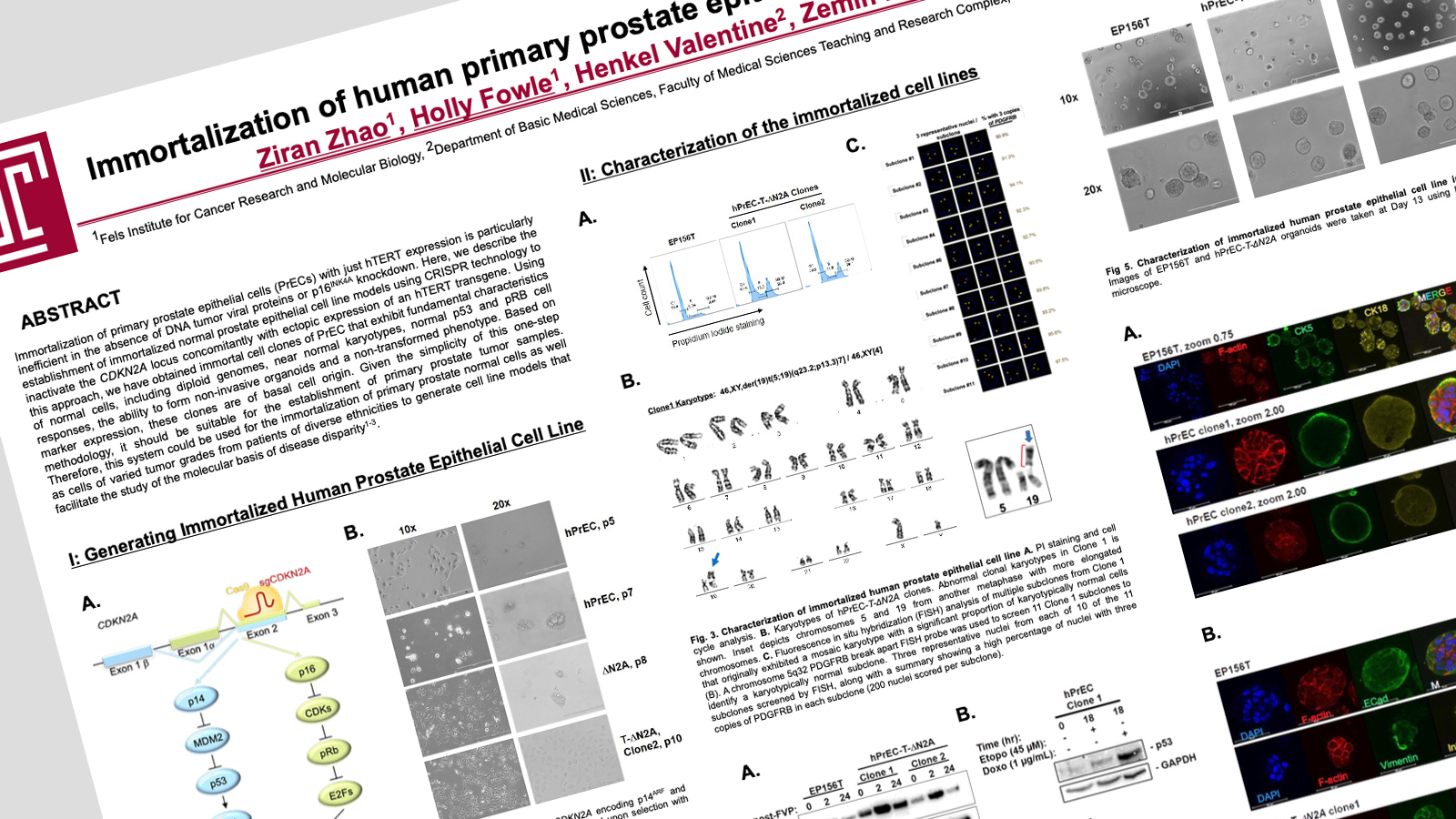 Prostate cancer (PCa) is the most common cancer diagnosed in men and represents one of the largest cancer disparities of incidence and mortality rates between non-Hispanic blacks and whites; however, due in part to the limited number of cellular models available, the molecular basis of PCa development remains unclear. To tease out the molecular basis of PCa progression, it is necessary to have prostate epithelial cell lines as karyotypically normal as possible as a starting point. Immortalization of primary prostate epithelial cells (PrECs) with just hTERT expression is particularly inefficient in the absence of DNA tumor viral proteins or p16INK4A knockdown. Here, we describe the establishment of immortalized normal prostate epithelial cell line models using CRISPR technology to inactivate the CDKN2A locus concomitantly with ectopic expression of an hTERT transgene. Using this approach, we have obtained immortal cell clones of PrEC that exhibit fundamental characteristics of normal cells, including diploid genomes, near normal karyotypes, normal p53 and pRB cell responses, the ability to form non-invasive organoids and a non-transformed phenotype. Based on marker expression, these clones are of basal cell origin. Given the simplicity of this one-step methodology, it should also be suitable for the establishment of primary prostate tumor samples. This system could be used for the immortalization of primary prostate normal cells as well as cells of varied tumor grades from patients of diverse ethnicities to generate cell line models that facilitate the study of the molecular basis of disease disparity.

Acknowledgements
This work was supported, in part, by National Institutes of Health Grants R01 GM117437 and R03 CA216134-01, a WW Smith charitable Trust Award, a FCCC/TU Nodal award (XG) and a Pre-Pilot Award from U54 CA221704 (ZZ). We also thank the administrative and fiscal support to this project from Dr. J. Robert Beck (FCCC) and funding from NCI CCSG grant P30 CA006927 and expert technical support from Ryan A. Neumann Domer for assistance with the FISH preparations and Pamela Nakajima for primary PrECs expansion and the FCCC Cell Culture and Genomics Facilities.

Email questions and comments about this abstract to holly.fowle@temple.edu.