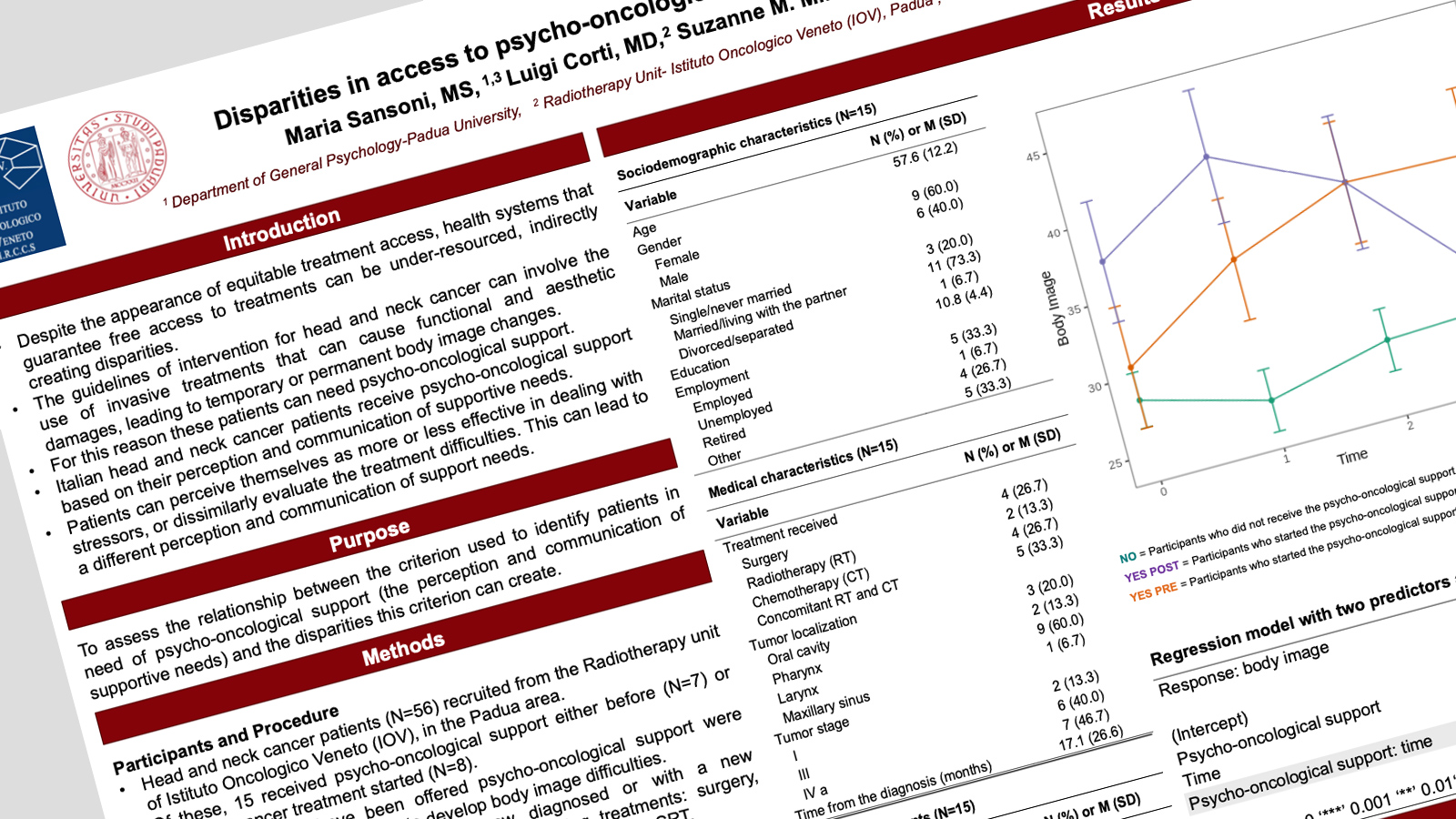 While studies have focused on cancer health disparities, little is known about health systems that guarantee free access to treatments. Despite the appearance of equitable treatment access, systems can be under-resourced, indirectly creating disparities. Italian head and neck cancer patients receive psycho-oncological support based on their perception and communication of supportive needs. This study assesses the relationship between this criterion and disparities in access to psycho-oncological support.

Further data will be collected to increase the sample size. However, these preliminary findings suggest that relying on patients’ perception and communication of supportive needs increases the risk of disparities in accessing this service. If patients overestimate their resilience and underestimate post- treatments difficulties, their supportive needs might not be communicated, resulting in delay of service and non-receipt of benefits from the treatment. Future research should therefore seek to identify predictors to better screen patients in need of psycho-oncological support.

Email questions and comments about this abstract to maria.sansonipsic@gmail.com.