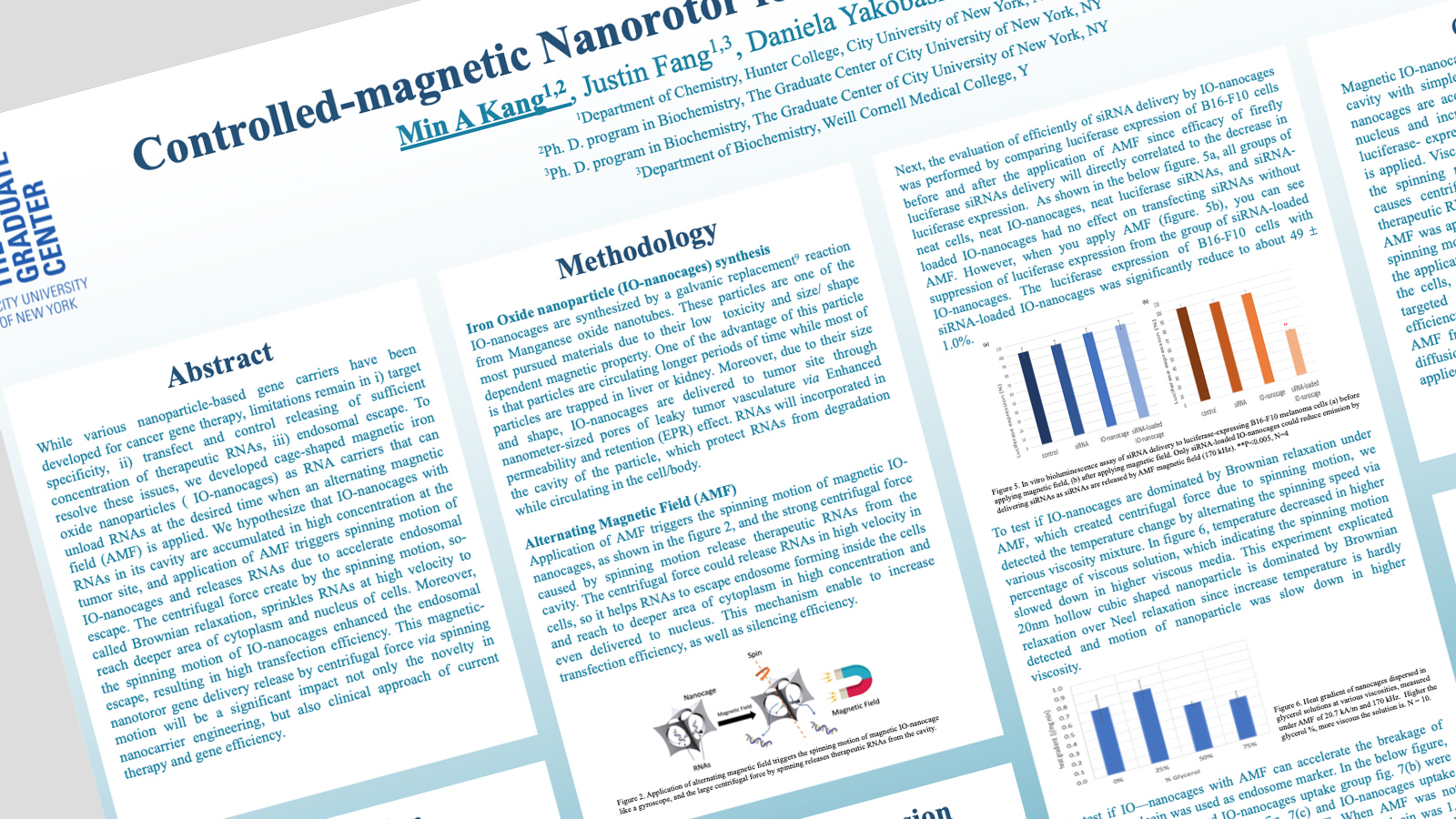 While various nanoparticle-based gene carriers have been developed for cancer gene therapy, limitations remain in i) target specificity, ii) controlled-release of therapeutic RNAs at desired time, and iii) transfecting sufficient concentrations of therapeutic RNAs into cells. To reslove these issues, we developed cage-shaped magnetic iron oxide nanoparticles (IO-nanocages) as RNA carriers that can unload RNAs at the desired time when an alternating magnetic field (AMF) is applied. We hypothesize that IO-nanocages are accumulated in high concentration at the tumor site with RNAs in the cavity, and then AMF triggers spinning motion of magnetic IO-nanocages and release of RNAs. In this scheme, the centrifugal force created by the spinning motion could sprinkle RNAs at high velocity to reach deep into the cytoplasm and the nucleus of cells, resulting in high transfection efficiency, and thus the gene expression will be effectively altered for treatment. To test our hypothesis, specific aims include 1) engineer therapeutic RNA- incorporated IO-nanocages, 2) determine the efficiency of RNA release in prostate cancer cells and study effect on apoptosis/proliferation, and migration of cancer cells by delivering RNAs at desired time with spinning motion of IO-nanocages under AMFs in vitro, and 3) optimize experimental conditions to maximize the therapeutic effect of RNA delivery by IO-nanocages in vivo. This outcome could lead to not only new treatment of prostate cancers, which is important in cancer disparity issues in the specialized community, but also broad impact in gene therapy and gene editing in general.

Email questions and comments about this abstract to mkang@gradcenter.cuny.edu.