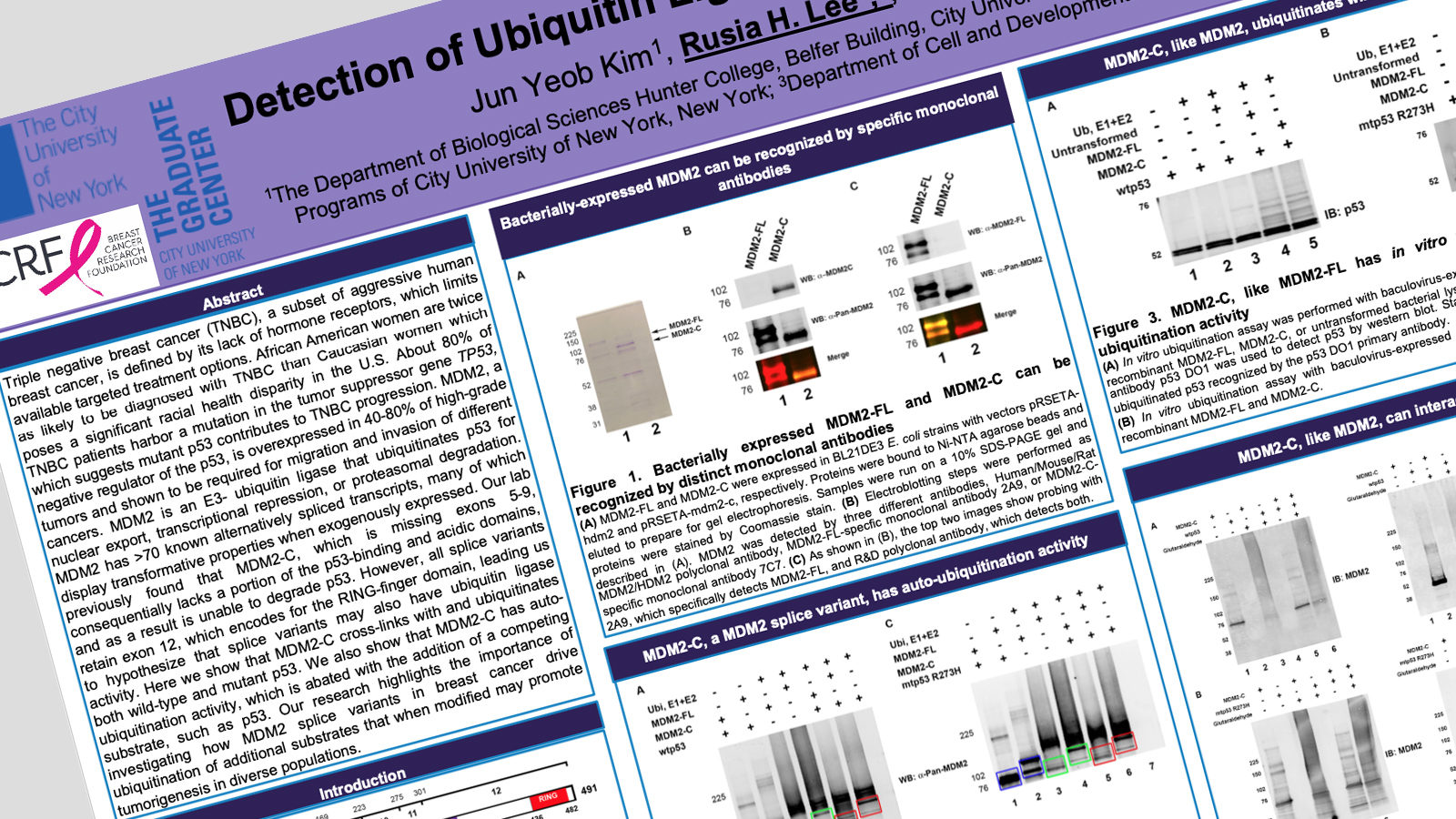 Triple negative breast cancer (TNBC), a subset of aggressive human breast cancer, is defined by its lack of hormone receptors, which limits available targeted treatment options. African American women are twice as likely to be diagnosed with TNBC than Caucasian women which poses a significant racial health disparity in the U.S. About 80% of TNBC patients harbor a mutation in the tumor suppressor gene TP53, which suggests mutant p53 contributes to TNBC progression. MDM2, a negative regulator of the p53, is overexpressed in 40-80% of high-grade tumors and shown to be required for migration and invasion of different cancers. MDM2 is an E3- ubiquitin ligase that ubiquitinates p53 for nuclear export, transcriptional repression, or proteasomal degradation. MDM2 has >70 known alternatively spliced transcripts, many of which display transformative properties when exogenously expressed. Our lab previously found that MDM2-C, which is missing exons 5-9, consequentially lacks a portion of the p53-binding and acidic domains, and as a result is unable to degrade p53. However, all splice variants retain exon 12, which encodes for the RING-finger domain, leading us to hypothesize that splice variants may also have ubiquitin ligase activity. Here we show that MDM-C cross-links with and ubiquitinates both wild-type and mutant p53. We also show that MDM2-C has auto-ubiquitination activity, which is abated with the addition of a competing substrate, such as p53. Our research highlights the importance of investigating how MDM2 splice variants in breast cancer drive ubiquitination of additional substrates that when modified may promote tumorigenesis in diverse populations.

Email questions and comments about this abstract to rusiahjlee@gmail.com.