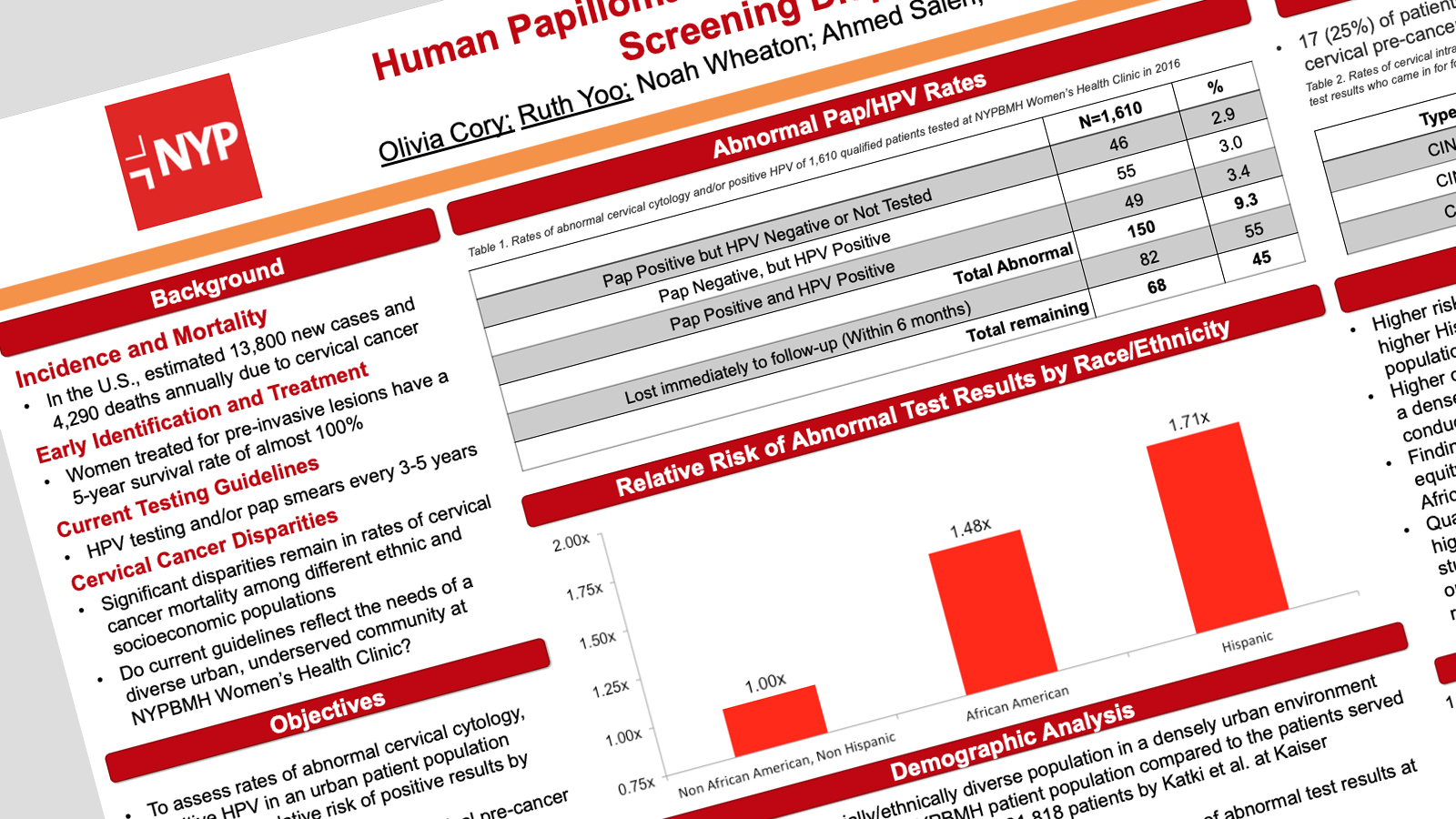 Results
The prevalence of abnormal cervical cytology and/or positive HPV was 9.3%, which is 24% higher than those reported by a study conducted at Kaiser Permanent Northern California (KPNC) with a predominantly white patient population. Of patients who returned for follow-up, 25% developed cervical pre-cancer or cancer. 6.7% of non-black/non-Hispanic patients had abnormal results. By comparison, abnormal rates for Black and Hispanic patients were 9.9% and 11.4% respectively.

Conclusion
Our findings identified a higher rate of abnormal results than those reported at KPNC. This disparity is most likely due to higher risk of incidence associated with Black and Hispanic groups, which represent the majority of patients served in our clinic. Our results suggest that increased testing may promote equity in HPV-related outcomes.

Email questions and comments about this abstract to yooruth@gmail.com.