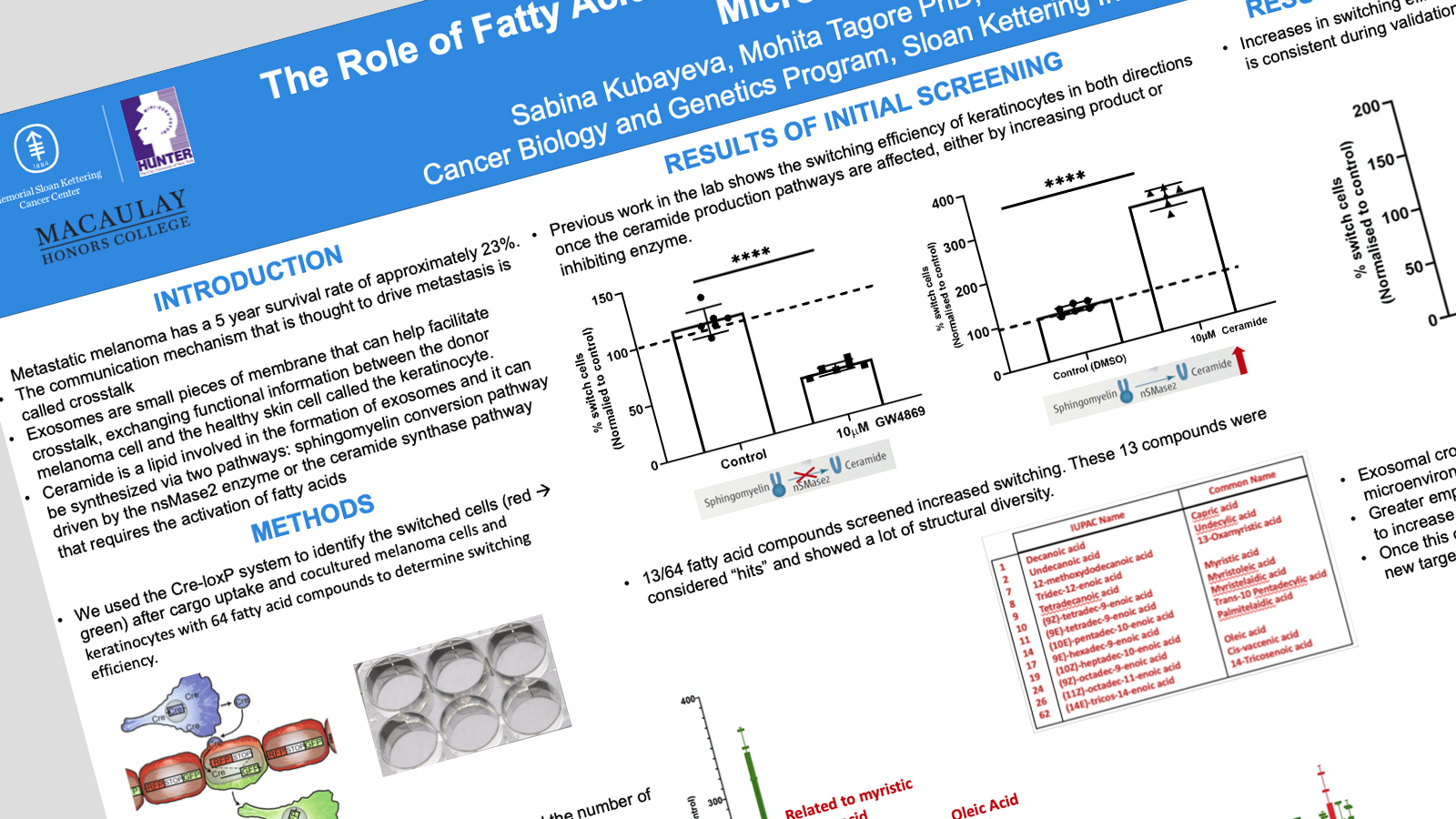 Metastatic melanoma is a lethal disease, with 5-year survival of 23%. Melanoma cells produce exosomes, extracellular vesicles that can be transferred between cells and participate in communication, “crosstalk”, between melanoma and its microenvironment. Exosome transfer of cancerous RNA/protein cargo from melanoma to healthy keratinocytes can lead to keratinocyte “switching” from benign to malignant. Ceramide, composed of sphingosine and a fatty acid, is needed to produce exosomes. We hypothesized that fatty acids (FAs), which may influence ceramide generation pathways and exosome formation, could increase switching frequency. By co-culturing keratinocytes and melanoma cells in 64 FAs compounds and then using fluorescence microscopy at 2-day intervals, we were able to quantify the “switching” phenomenon, tracked by the use of a Cre-loxP system. If the number of switched cells was higher with than without the FA, the FA was considered a “hit”. Compared to our control group with a normalized switching efficiency of 100%, we identified 13 hits from FA drug screening. Hits, which varied in structural features such as saturation and chain length, included oleic acid (OA) and compounds in the myristic acid family. We chose to pursue OA because prior reports indicate that OA is the most prevalent FA in the melanoma microenvironment and OA increases metastasis in breast and prostate cancer. On validation of OA, we confirmed the increase in switching frequency originally identified. Our findings may help elucidate pathways involved in crosstalk between melanoma and its microenvironment and guide development of targeted anti-cancer drugs for patients with melanoma.

Email questions and comments about this abstract to sabina.kubayeva@macaulay.cuny.edu.