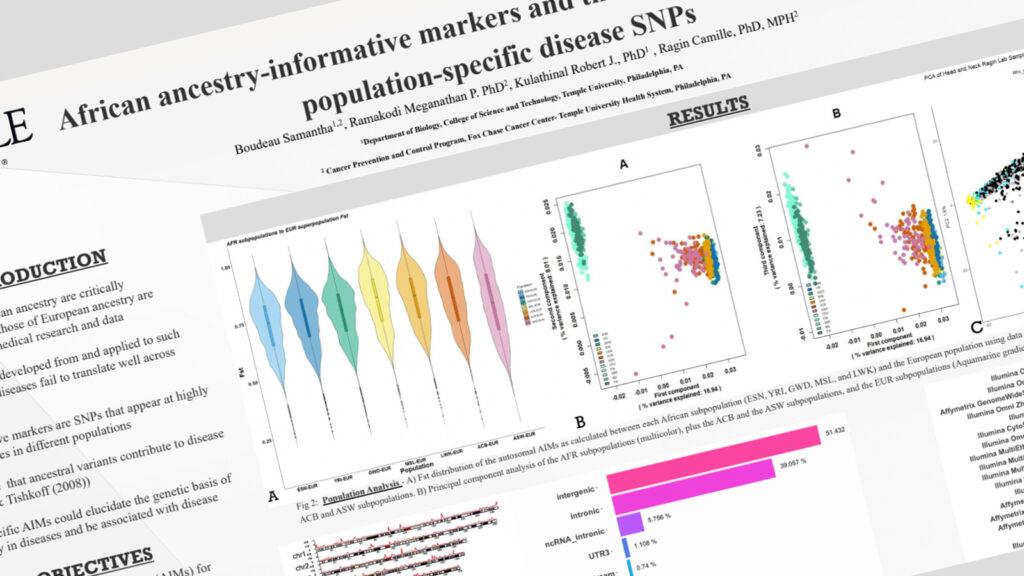 Cancer health disparities remain a significant problem affecting minority populations, especially those of African ancestry. As recently as 2014, African-Americans in the US were found to have the highest rate the cancer-specific mortality rate for malignancies such as colorectal, prostate, lung, and breast1. The literature suggests that some of the disparity remains after adjusting for socioeconomic factors. Recent advances in cancer genomics have allowed researchers to generate, share, and access large amount of data creating novel opportunities for significant progress in cancer research. Using data from the 1000 Genome project, we have identified approximately 46,738 African ancestry-informative markers (AIMs) that differentiate African populations from European populations. In this work, we analyze the AIMs for functional and disease annotations to identify cancer-associated AIMs and elucidate their contribution to disease development. Of the 46,738 AIMs, less than 1% were found in coding regions of the genome and 48.54% of them are non-synonymous mutations. Of the non-synonymous SNPs such as rs9830253, rs7645635, rs12186491, rs16891982, rs10238965, rs6601495 have been predicted to be damaging.

Certain chromosomal regions appear to be enriched for AIMs and these regions were also evaluated for disease association using cancer-associated loci identified from the literature. These AIMs were also investigated for their ability to detect population substructure within populations of high degree of African ancestry which would allow us to potentially identify population-specific disease loci. Principal component analysis shows that these AIMs effectively detect substructure within populations of African ancestry and we identified region of high Fst difference between these subpopulations. Overall, Population-specific markers can allow us to better understands population cancer health disparities.