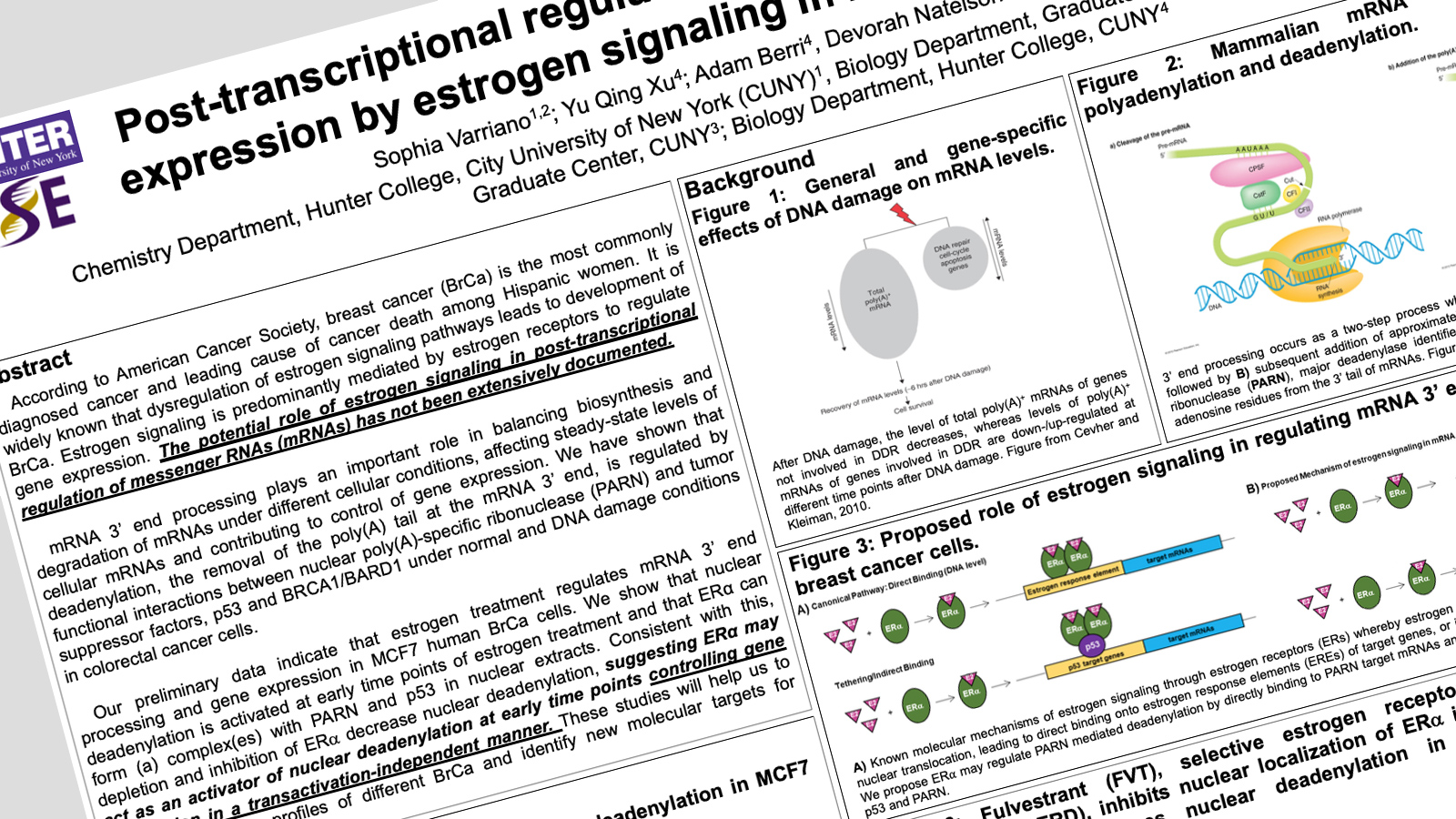 According to American Cancer Society, breast cancer (BrCa) is the most commonly diagnosed cancer and leading cause of cancer death among Hispanic women. It is widely known that dysregulation of estrogen signaling pathways leads to development of BrCa. Estrogen signaling is predominantly mediated by estrogen receptors to regulate gene expression. The potential role of estrogen signaling in post-transcriptional regulation of messenger RNAs (mRNAs) has not been extensively documented. mRNA 3’ end processing plays an important role in balancing biosynthesis and degradation of mRNAs under different cellular conditions, affecting steady-state levels of cellular mRNAs and contributing to control of gene expression. We have shown that deadenylation, the removal of the poly(A) tail at the mRNA 3’ end, is regulated by functional interactions between nuclear poly(A)-specific ribonuclease (PARN) and tumor suppressor factors, p53 and BRCA1/BARD1 under normal and DNA damage conditions in colorectal cancer cells. Our preliminary data indicate that estrogen treatment regulates mRNA 3’ end processing and gene expression in MCF7 human BrCa cells. We show that nuclear deadenylation is activated at early time points of estrogen treatment and that ERα can form (a) complex(es) with PARN and p53 in nuclear extracts. Consistent with this, depletion and inhibition of ERá decrease nuclear deadenylation, suggesting ERα may act as an activator of nuclear deadenylation at early time points controlling gene expression in a transactivation-independent manner. These studies will help us to understand unique profiles of different BrCa and identify new molecular targets for treatments.

Email questions and comments about this abstract to svarriano@gradcenter.cuny.edu.