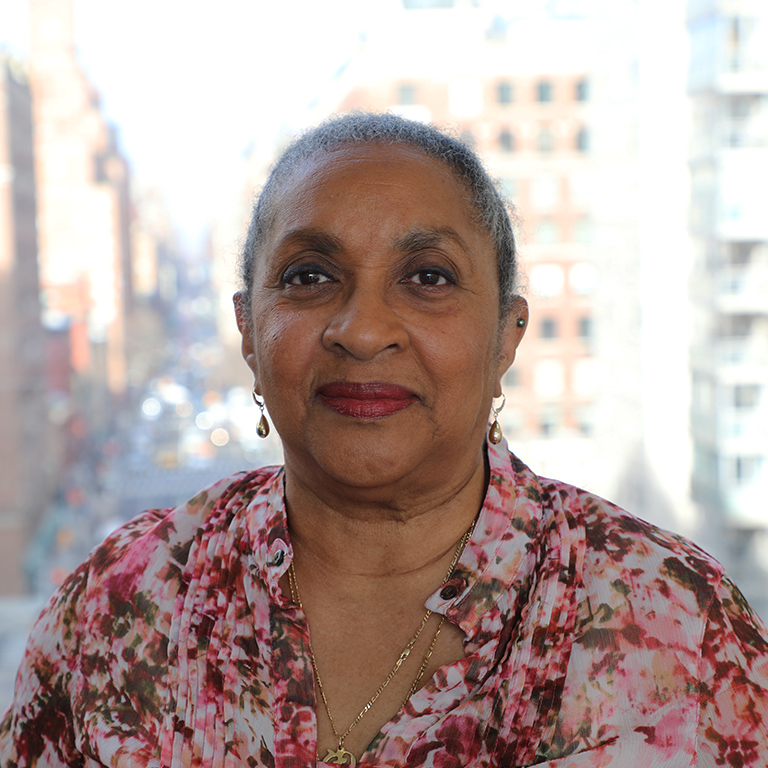 Joanne Edey-Rhodes is a lecturer of Africana and Puerto Rican/Latino Studies.

Joanne Edey-Rhodes’ training is in African and African-American history. She joined the department in 1976 as an adjunct lecturer in African-American history, later advancing to a full‑time position. In addition to teaching courses that were already part of the curriculum, she introduced History of the Civil Rights Movement, History of Blacks in New York, History and Philosophy of Malcolm X, and History of African-American Women. Although most of the courses she has developed and taught in the department have been more specific to the African American experience, a good deal of her research involves Africa. Her recent research focuses on the American Committee on Africa with special reference to its African-American participation and anti‑apartheid activity in South Africa.

Professor Edey‑Rhodes was a consultant to the Division of Museum Services, Nassau County Department of Recreation and Parks, for curatorial planning and exhibit coordination for the museum’s African-American programs. She was also a consultant for historical accuracy for the Lefferts Historical House in Brooklyn, New York. In addition, she conducted research on Sarah Smith Tompkins Garnet, an African‑American 19th century teacher. This research was used in support of the application for landmark status by the Weeksville Historical Society of Brooklyn.

Professor Edey‑Rhodes plays a major role in activities within the department. She serves as fieldwork coordinator and organizer of Black Solidarity Day. She was the liaison between the Tavis Smiley Foundation and Hunter College in the planning and implementation of the New York City Youth 2 Leaders Conference in 2002. Professor Edey‑Rhodes was also one of the driving forces behind the revival of Black History Month at Hunter College. In cooperation with the president, provost and dean of diversity, the department has brought several nationally renowned speakers to Hunter College, attracting large sections of the Hunter and outside communities. Professor Edey‑Rhodes acts as advisor to the Black Students Union and advised the Haitian Students Association during their bi‑centennial celebrations. She is a member of the department’s curriculum committee and serves on the FDA. She currently serves as mentor to several CUNY‑BA students and has previously mentored both Mellon and McNair scholars.