Our 2019 fellows are engaged in research projects that examine human migration within the Middle East, the birth of modernity and Eastern art trends in China, and the visuality of violence as it relates to Abu Ghraib. 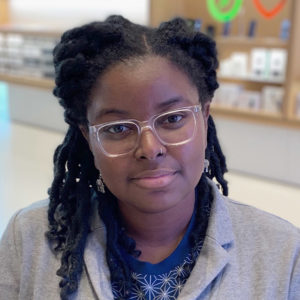 Kendra Gimblet is a senior majoring in anthropology at Hunter College. During her time as a Mellon Mays fellow, Kendra has focused on immaterial spaces of citizenship, the sociology of sovereignty and human migration within the Middle East. She has investigated questions related to the Syrian migration to neighboring countries, more specifically Turkey.

Her academic interests include the construction of migrant identities in the Middle East and how imagined communities can be mapped across fixed boundaries. She also enjoys studying languages, including Hebrew, Arabic, Turkish and Japanese, which has allowed her to volunteer her time as an English teacher at the Arab American Association during the summer in Brooklyn.

Over her two years as a Mellon Mays fellow, Kendra has developed an interest in spaces that nourish or shun the identities of Syrian migrants in Turkey. In particular, she is interested in how spaces can affect behavior, mental health and interaction within communities. Kendra is currently conducting cultural anthropological research that utilizes social media and documentaries to write an ethnography of safe spaces in Istanbul as seen by Syrian migrant youth. 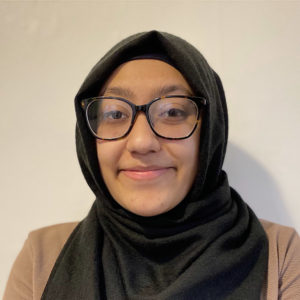 Shakila Khan is a senior at Hunter College majoring in political science and double minoring in Asian American studies and women and gender studies. Her primary academic interests are in areas around political aesthetics, visuality of violence and post-conflict archives. She is interested in how memories of people experiencing violence are preserved through photography and oral history.

She has been awarded several research fellowships including the Mellon Mays Undergraduate Fellowship and the Mellon Public Humanities Grant for her research on the documentation of violence, specifically the Abu Ghraib torture photographs. At Hunter, she is also currently building the Asian American Studies Oral History Archive with other students.

Her previous roles have related to other forms of audio storytelling including being a research and production intern at the Museum of the City of New York for a podcast about coming-of-age in New York City and a research assistant at the Chicago History Museum for their oral history exhibit, American Medina: Stories of Muslim Chicago. 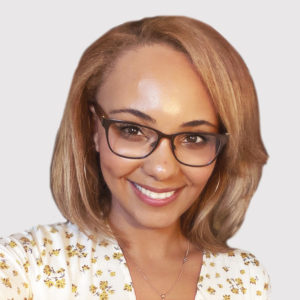 Mona Reed is a senior at Hunter College, where she is majoring in English literature with a minor in political science. When she is not researching nineteenth-century and early twentieth-century British literature with MMUF, she is completing her other project with the Mellon Public Humanities Grant Program on the influence of nineteenth-century Christian anarchist and socialist thought on Martin Luther King Jr.’s later rhetoric and activism.

She previously was a research intern for an NYU law professor specializing in the First Amendment and global religious freedom laws, and a legislative intern at Council Member Diana Ayala’s office. Mona’s current research revolves around the early anarchist leanings and later fascist embrace of the niece of Pre-Raphaelite poet Christina Rossetti, Olivia Rossetti Agresti. This project is especially important for Mona, as she is a passionate anti-fascist and anarchist sympathizer who wants to understand how some people become “radical leftists” while others spiral into far-right fascism.

After she graduates, Mona plans to take a gap year to travel and work before applying to doctoral programs in English literature. 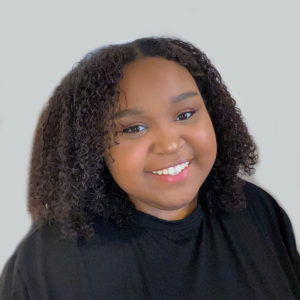 Hope Williams is a senior at Hunter College majoring in art history and Chinese language and literature. As a Mellon Mays fellow, she has researched artists and art collectives active in China after the Cultural Revolution, focusing on the birth of Chinese modernity and Eastern art trends.

In addition to being a Mellon Mays fellow, she is also a member of the Hunter College Chinese Flagship Program, a program tailored towards helping students achieve professional fluency in Mandarin Chinese. She has also worked with the Sotheby’s Chinese Works of Art Department as an intern, experiencing the process of auctioning Chinese artworks first-hand.

Her current research focuses on avant-garde artists active from 1980 to 1989, and the impact of the avant-garde art movement in reference to the development of China’s contemporary presence in the art world. 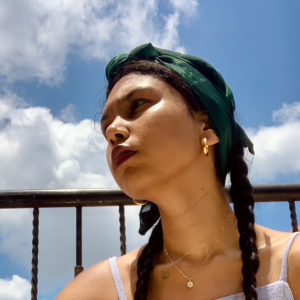 Tiffany Zorrilla is a senior at Hunter College majoring in English literature and sociology with a minor in music. Tiffany’s Mellon Mays research focuses on the implications of the privatization of NYCHA Public Housing and addressing the lack of community engagement in the city/government redevelopment process. Along with being a MMUF fellow, Tiffany co-founded The Catcalling Project, which centralizes women’s safety and inclusion in the city-planning process.

Tiffany is a founding member of Perfect City, an arts and activism project fighting the displacement of communities of color. Recent Catcalling events include workshopping at a local women’s domestic violence shelter for the betterment of services. She is also a community researcher for the Confident Futures study at NYU, researching community resiliency and social change.

Her work is published in Urban Omnibus and Arts Everywhere. After her undergraduate studies, she will pursue a master’s degree in art therapy.