These past Mellon Arts fellows are singers, dancers, actors and painters who benefitted from internships at Lincoln Center Theater, Ballet Hispanico, MoMA, Studio Museum of Harlem and more. 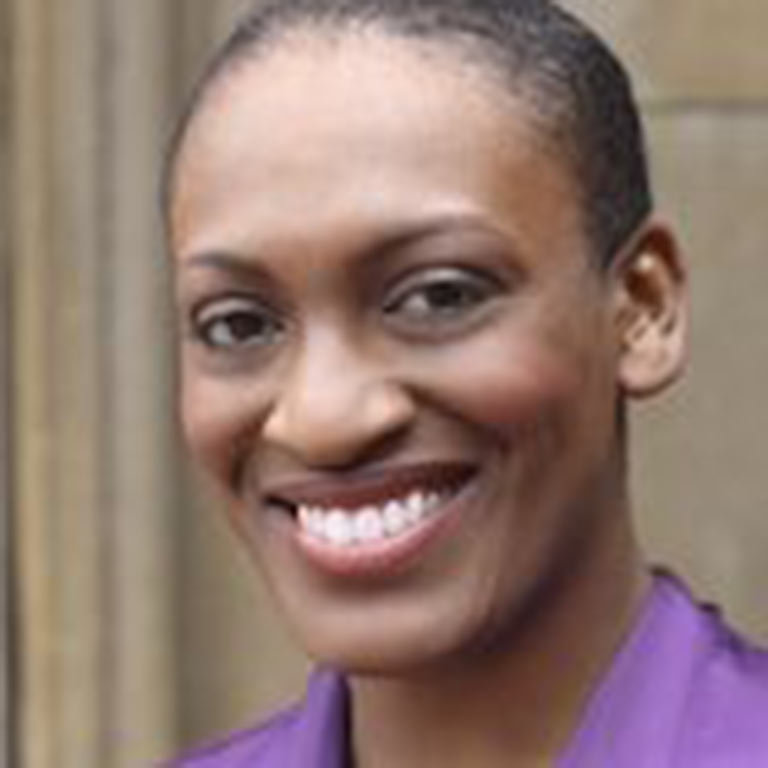 Paule is a trained opera singer and actress with a wide array of performance credits from regional theaters, educational theater and companies around New York City.

During her time as a Mellon Arts fellow, Paule interned at Carnegie Hall’s Weill Music Institute, where she worked with their Artist Training Programs, including the National Youth Orchestra of the U.S., and Carnegie’s wide array of social impact programs.

Paule is working towards a degree in vocal performance in the Hunter College Music Department, and additionally works as a speech and dialect coach, lecturer and freelance singer. 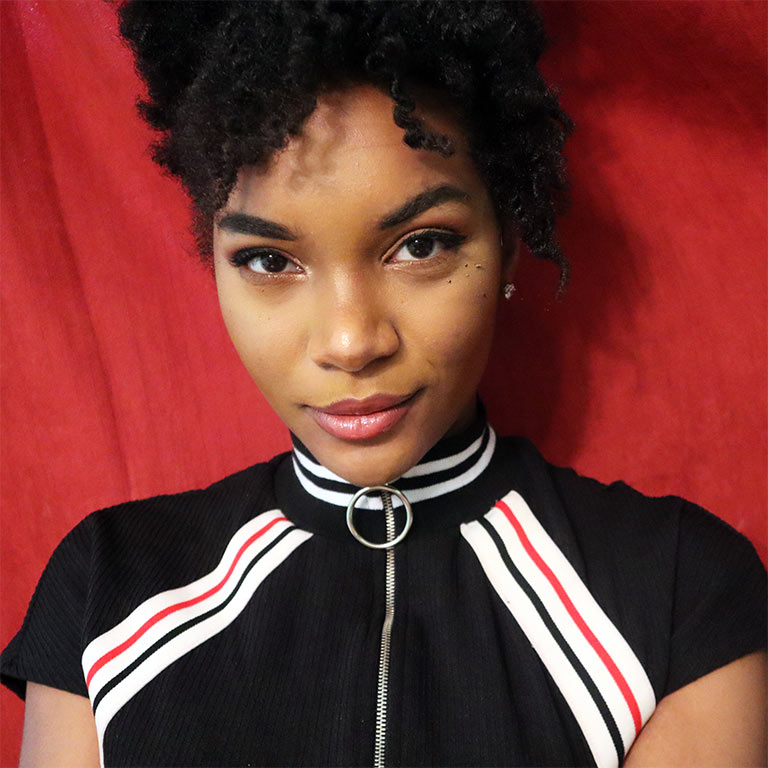 Leah graduated as a Hunter Muse scholar with a dual degree in media studies and English. During her time as a Mellon Arts fellow, Leah interned at Lincoln Center Theater.

There, she supported the everyday operations of the Open Stages Education Program, as well as other education programming Lincoln Center Theater offers to young people around the city.

She is currently a writer and editor at the Harlem Children’s Zone, while also working as a freelance painter in NYC. 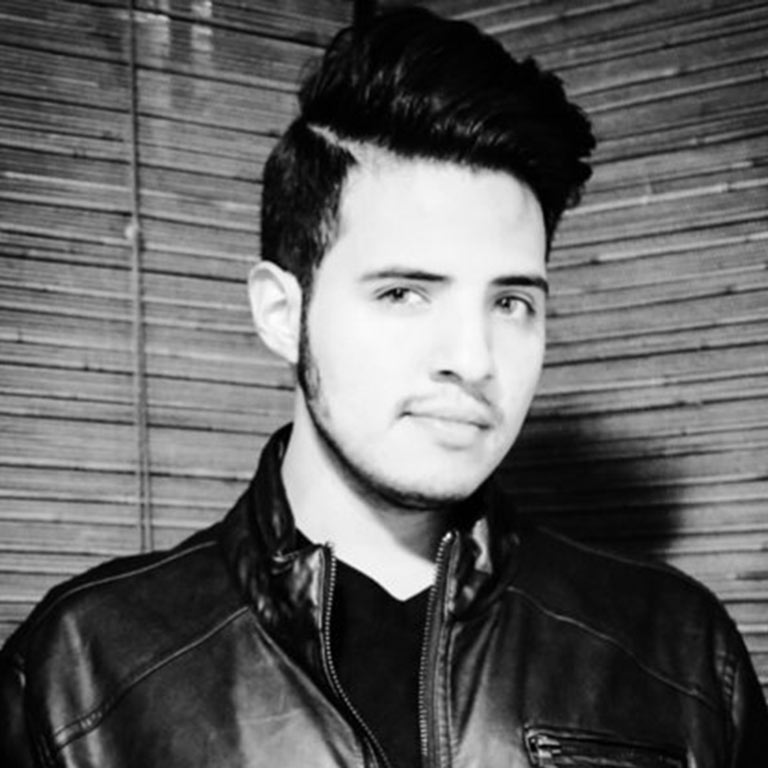 Milo interned at The Drawing Center during his time as a Mellon Arts fellow. There, he engaged in developing lesson plans for specific exhibits and focused on community programming.

Milo was able to work in curatorial, development, exhibition management and education. He was able to learn how to get an exhibit on its feet, and about the different residency programs available at The Drawing Center.

Milo graduated in 2019 with a major in studio art and minor in anthropology.

Susan completed her undergraduate degree as a studio art major, with a minor in art history. During her time in the Mellon Arts Fellowship Program, Susan interned at the Studio Museum of Harlem under the direction of the assistant curator, registrar and senior art preparator. Susan performed extensive research on the museum’s permanent collection, and saw the way the Studio Museum of Harlem was an integral part of its community.

Upon completing her internship, Susan was given the opportunity to continue working for the Studio Museum of Harlem in their relocated offices.

Nikky graduated from Hunter with a bachelor’s degree in art history. Her initial experience came from working at the Frieze Offices, the Bronx Museum of the Arts and the Hunter East Harlem Gallery. Her time in the art world grew during her time as a Mellon fellow, where she interned at the Cooper Hewitt Smithsonian Design Museum in their Drawings, Prints & Graphic Design Department.

During her internship, Nikky was able to develop her skills in cataloging using TMS, researching artwork, as well as writing blog posts for the Cooper Hewitt’s website. Nikky is now the capital campaign assistant at The Frick Collection.

Sabrina graduated with a BA in humanities. She additionally was a scholar in Hunter’s Now Program, The Solomon Bluhm Program and the Thomas Hunter Honors Program. Sabrina was a Mellon intern at the MoMA in the Exhibition Planning and Administration Department. Her work there provided support for staff on administrative and budget details for 40+ shows and around five tours.

As an intern, Sabrina was able to study art conservation, visit the museum’s warehouse, and participate in activities and outings with the other interns at MoMA. 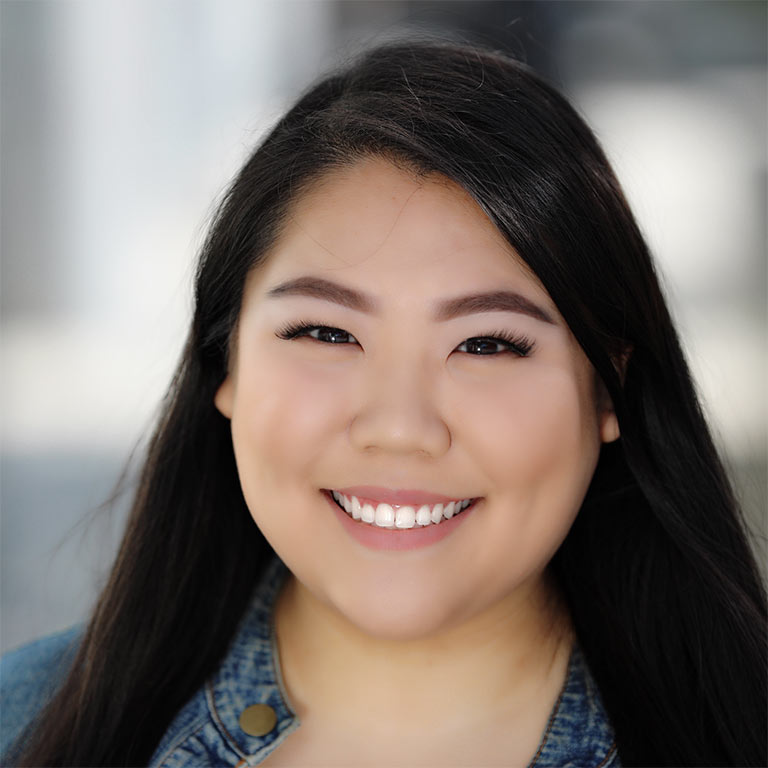 Joyce was given the opportunity to intern at the Atlantic Theater Company during her time as a Mellon fellow. Joyce gained a world of experience during her summer term in the company’s marketing department, and fall term directly under the production manager.

Since graduating and completing her Mellon Arts fellowship, Joyce went on to work professionally as an actor, participating in several readings of new theatrical work and supporting growing theater companies.

Joyce is currently attending the East 15 Acting School at the University of Essex in England for an acting MFA.

Dorothy completed a successful internship at The Public Theater during her time as a Hunter Mellon Arts fellow. As an intern, Dorothy supported the director of special artistic projects. She worked on a number of programs at The Public Theater, including The Mobile Unit (which toured performances to prisons, shelters, and other unserved communities) and Public Forum (The Public’s humanities arm, producing one-night-only conversations as well as all post-show audience engagement content).

Dorothy received her degree in studio art. Since graduating, she has shown her work and collaborated with several groups in Brooklyn (Regeneration Art Party, Goddess Rage, Mofongo Art, Okeanos Gallery), and has been a featured artist for many exhibitions and collaborative performances (Resonance Music & Arts Festival, Femmelody, Concetta Abbate), becoming an integral part of the NYC arts community.

Upon becoming a Hunter Mellon Arts fellow, Kiefer fulfilled a dream of his—interning at Ballet Hispanico. Once his time at the fellowship had been completed, Ballet Hispanico offered Kiefer a part-time teaching assistant position.

Keifer received his bachelor’s degree in dance education, with a minor in German language. He is a two-time recipient of the Ernst Hoffmann Memorial Award for excellence in German, recipient of the Mother’s Day Scholarship and a Member of NDEO National Honor Society of Dance Arts.

Lachanda completed her Hunter career with a major in psychology and a minor in dance. She always hoped to apply her knowledge and love of dance to help enrich her community. During her Mellon Arts fellowship, Lachanda continued her trajectory by interning at the Dance Theater of Harlem. There, she helped develop the company’s Community Outreach Programming and Dancing Through Barriers program, which teaches students aspects of social and emotional learning through dance.