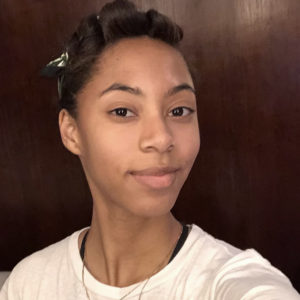 Ariane Terrell is a theatre major and a media studies minor with a concentration in emerging media.

Ariane also worked as stage manager for the one-man production of The Unicorn that Discovered Self-Love, presented by Showdogs, a theatre group created by CUNY alumni. She was also a 2020 St. George’s Society scholarship recipient.

During the spring 2021 semester, Ariane interned at Rattlestick Playwrights Theater as a producing intern. 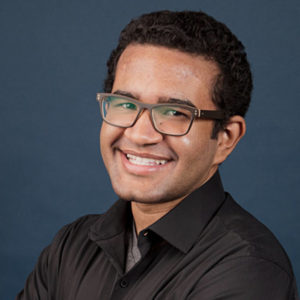 Austin Carvey is pursuing a BA in Africana studies with a minor in computer science at Hunter College.

After witnessing the white supremacist rallies in Charlottesville, VA in 2017 and thereafter, and experiencing institutional failure to address racism at his previous college, Austin was moved to act as a campus social justice organizer in California and in Washington, DC.

Impacted by the cultural arts produced by students in social justice movements, he decided to pursue Africana studies at Hunter with a focus in African diasporic visual arts along with poetry and prose.

At Harvey Mudd, his previous college, he served as an executive board member for the Black Student Union and social chair for the Latinx Student Union and has served as secretary for the Hunter Caribbean Students Union. He interned at Café con Libros Press, a hybrid library/cultural arts center in Pomona, CA.

During the spring 2021 semester, Austin interned at the Museum of the City of New York in their Corporate Relations Department. 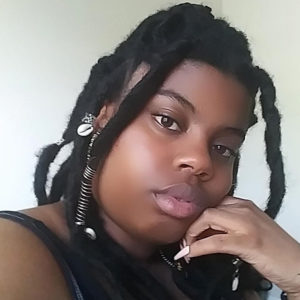 Charisma Lucario is a 25-credit music major, currently in her senior year in Hunter’s Music Department.

Charisma has always had a passion for music and is excited to learn more about the inner workings of musical productions and performances.

Charisma has worked for two non-profit organizations, Housing Works which fights for people living with HIV/AIDS and helps them gain access to quality housing and healthcare, and for another that is part of a branch of the New York Public Library.

In recent years, Charisma received an English certificate and multiple Dean’s List and President’s List awards. She additionally completed an associate degree in performing arts in 2019.

During the spring 2021 semester, Charisma interned at the Bloomingdale School of Music. 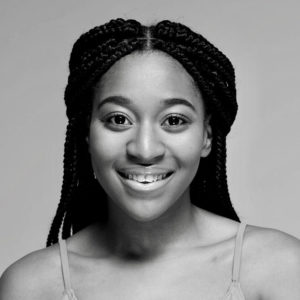 Esther Nozea is pursuing a BA in dance with a minor in psychology, and is treasurer of the dance department’s Dance Now Club. While continuing her dance training at Hunter, she has had the opportunity to perform many repertories created by remarkable choreographers at the College.

Esther has interned at Dance Media, the publisher of Dance Magazine, Pointe, Dance Spirit and Dance Teacher as a sales intern, and is currently working part-time on their marketing team as a commercial coordinator.

Esther has also participated in Peridance Capezio Center’s work-study program, and has volunteered at Dancewave Through College and Beyond. Esther is thrilled to have the opportunity to be a part of the Hunter Mellon Arts Fellowship Program, where she is receiving professional development and mentorship to further her knowledge in the arts and arts leadership as an aspiring dance artist.

During the spring 2021 semester, Esther interned at Alvin Ailey American Dance Theater as an Arts In Education intern. 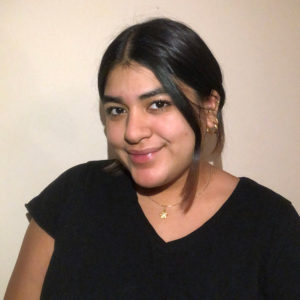 Genesis Salinas is a Honduran-American artist based in Queens, New York. She is currently pursuing a BA in fine arts and studio art at Hunter, with a concentration in photography and a minor in art history.

Over the past four years, she has worked in film photography and shoots in both 35mm and 120 formats.

She is also a member of Hunter’s Photographer’s Collective. Genesis has interned at the Summer Arts Institute as a teacher’s assistant, as she is interested in becoming a future art educator. Most recently, she has been awarded the Mellon Arts Fellowship at Hunter College.

During the spring 2021 semester, Genesis interned at Baxter Street at CCNY. 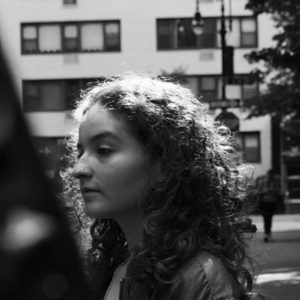 Gillian Ochoa is a senior majoring in studio art, studying in the BFA program, and is also part of the MUSE Scholar Program.

Their artistic practice uses humor to explore their personal experiences as a part of collective narratives of trauma and injustice. Gillian primarily works in sculpture and new media.

Gillian has interned in various art spaces, including the Brant Foundation, Sperone Westwater, and The Appraisers Association of America. They also served as an arts ambassador for three years with the Office of the Arts.

During the spring 2021 semester, Gillian interned at Artnet as a Gallery Network intern. 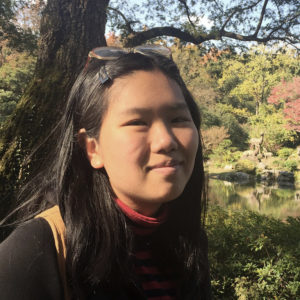 Jess Wang Diao is an emerging media major and an Asian American studies minor. She is interested in the democratization of art in the digital realm as well as in public spaces.

Jess has held internship positions at the Queens Historical Society and Asian American/Pacific Islanders in Philanthropy (AAPIP), where she worked closely with the interim vice president of programs to revitalize the organization’s social media presence, and helped in research and data collection efforts.

She is excited to see where the Mellon Arts Fellowship experience will lead her.

During the spring 2021 semester, Jessica interned at the Metropolitan Museum of Art in the External Affairs Department. 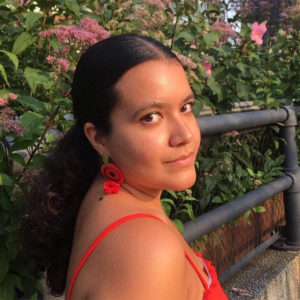 Gabriela Rodriguez-Cruz is a 60-credit vocal performance major in the Music Department at Hunter College.

Gabriela has always had a deep appreciation for all areas of the arts, especially as an alumna of the LaGuardia High School of Music and Art and Performing Arts. As a vocalist, she would like to work at an arts organization that revolves around music, such as Carnegie Hall or Lincoln Center.

As a music student, Gabriela has been a member of both the Hunter College Choir and the Hunter College Chamber Singers, where she has had the opportunity to perform Mozart’s ​Requiem​ and Vivaldi’s ​Gloria​. She is also a recent recipient of the Scholarship and Welfare Fund Award.

Gabriela has interned at the Morris Heights Health Center, where she helped patients make appointments and organized the schedules of the health professionals working at the center’s various locations.

During the spring 2021 semester, Gabriela interned at the Orchestra of St. Luke’s. 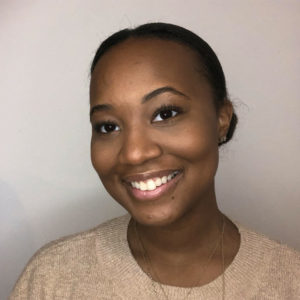 Laurence Paul-Stubbs is a clinical psychology major with a double minor in sociology and religion, currently in her senior year in the Macaulay Honors Program.

Laurence has been involved in the arts since she was a child—specifically, in music and dance. Throughout her life she has participated in many intensives in organizations including the Dance Theater of Harlem. As she entered Hunter College High School, she was selected for the Harlem School of the Arts Prep Program for piano and dance.

In addition to experience in the arts, Laurence also served as a tutor/mentor for children at a community center in her community. In addition, she has worked at The Paul Institute for Mainstream Services, a nonprofit S.E.I.T. program for preschool aged children with special needs.

During the spring 2021 semester, Laurence interned at Carnegie Hall as an intern for the Lullaby Project, part of the Weill Music Institute. 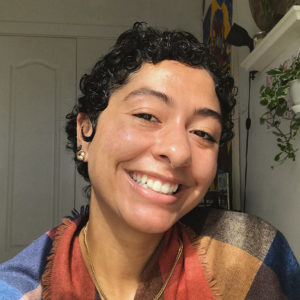 Macy Rajacich is an artist originally from Minneapolis. At Hunter, she is going into her senior year, majoring in studio art and Africana studies.

Although her studio art focus is painting, she also works with pen and pencil, graphic design and photography and is constantly exploring new media. One of her favorite art genres is surrealism and she loves to explore surrealist paintings, drawings and film.

During the spring 2021 semester, Macy interned at the Cooper Hewitt Smithsonian Design Museum as a Socially Responsible Design intern.